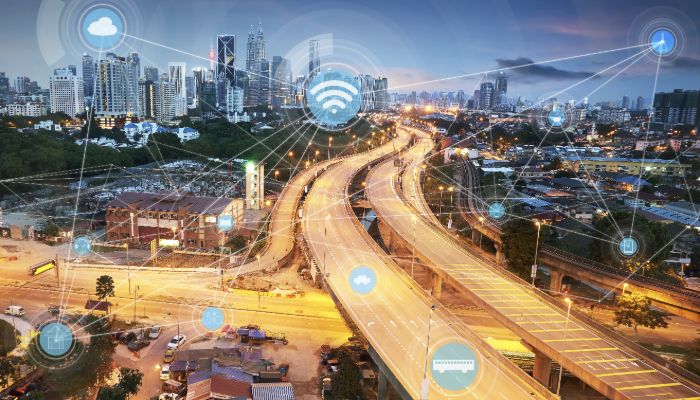 Mayor Francis Suarez has placed a stake in the ground with a goal to make Miami the cryptocurrency capital of the world. Suarez’s vision would see the city accept tax payments in cryptocurrency, pay workers in digital assets, and transfer municipal services to the Ethereum blockchain. Garnering both praise and criticism, Suarez’s idea makes for an interesting case study in how blockchain could eventually become a commonplace technology for smart cities. With other cities such as Dubai implementing blockchain in their operations, it’s important to understand what a crypto city could functionally look like.

Although most associate cryptocurrency with mediums of exchange like Bitcoin, blockchain technology is capable of far more utility in ways that have advantages over current equivalents. Fundamentally, a blockchain is a way to store, secure, and transmit data in a transparent and inexpensive manner without having to rely on a trusted third party. These properties make blockchain a disruptive force in industries from banking and real estate to logistics and AI.

Many of the cryptocurrencies in existence are less comparable to money and more akin to development platforms. These projects form a base layer network on top of which many different projects (commonly called decentralized applications [DApps]) can be built. The largest and most well-known of these environments, the Ethereum blockchain, supports over 200,000 tokens belonging to different DApps with varying functions. There are a host of other blockchain environments that all have their own functions, projects, and development environments. The most common environments include the Cardano network, EOS, the Binance Smart Chain, Solana, Algorand, and Tezos.

Building Up to DApps

Once the foundation is set, an ecosystem of functions can grow on top of it. DApps typically aim to create utility in ways that are often faster and less expensive than their traditional counterparts. There are DApps for many kinds of functions including logistics, data storage, contracts, financial lending, AI, retail, and sports.

For instance, Filecoin is intended to decentralize file storage and retrieval while increasing transparency and security. Ocean Protocol facilitates the monetization of data without sacrificing security or control for the data’s owner. Chainlink facilitates the querying of data outside of blockchains for the use of DApps inside them while Polkadot helps DApps work across blockchain environments.

Utility Paves the Road to Adoption

While currently a nascent and messy corner of the computing world, the functionality of blockchain environments and their associated DApps create an interesting value proposition for organizations. For a city such as Miami, municipal records can be kept secure and transparent by way of a data storage DApp like Filecoin. The city could monetize its IoT data lake through an IoT or big data DApp like Ocean Protocol. Information from water meters could be brought into the blockchain via Chainlink and used to automatically bill residents using financial DApps. Other types of blockchain applications like smart contracts and non-fungible tokens can also fulfill municipal functions by way of blockchain environments. All this activity can happen securely and transparently while reducing cost compared with a dedicated third-party service provider.

Ultimately, blockchain finds itself at a stage of development similar to the early internet. There are plenty of interesting pieces that can be arranged together, but what arrangements will become commonplace is still unclear. What is clear is the ability of these technologies to increase transparency, security, and speed of data handling while decreasing cost. That’s a powerful idea that Miami’s mayor wants to harness sooner rather than later.