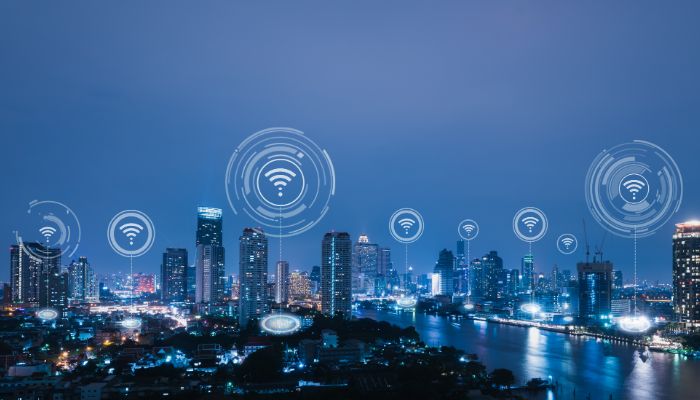 Bitcoin reached new highs at the end of November 2020, and with many analysts expecting the price to continue soaring, digital currency and blockchain are back in the news. Blockchain technology still finds itself is a situation of unclear utility—similar to the internet when it was relatively new. As a cryptographic, peer-to-peer ledger system for the reliable recording of information without centralized authority, blockchain holds promise for sectors like energy that are trending toward decentralization. Guidehouse Insights examines how industry players across energy and technology spaces use the technology in its report, Energy Blockchain Vendor and Deployment Tracker 3Q20.

Smart energy communities have experimentally used blockchain as way of facilitating and recording energy transactions with mixed results. While the technology holds promise for energy consumers, many startups attempting to develop blockchain products based on the technology have struggled to make headway in existing regulatory environments. Still, the ability of a blockchain record-keeping system has value in a smart energy future. It could reduce transaction costs, potentially aid in automation, and create new revenue streams for owners of distributed energy technologies.

One of the key theoretical features of smart energy communities that appeals to consumers is the ability to generate, store, and use energy locally. With distributed energy generation, battery storage, and smart meters situated within a microgrid, it’s technically possible for neighbors to trade electrons back and forth within their own miniature marketplace. While such a relationship is difficult to achieve for regulatory and market reasons, blockchain would prove a particularly useful application for tracking the flow of energy between neighbors. A solar energy trading project in Brooklyn, New York, attempted this sort of system using blockchain, although the end product ultimately had to scale back its local marketplace elements. A similar solar energy trading project using blockchain kicked off in 2018 in London, UK, which also ran into regulatory difficulty.

Blockchain Can Disrupt the Status Quo

Smart energy communities and blockchain are situated in a complementary way because they take a more decentralized view of their respective subjects. It’s an ethos that runs counter to the predominant market models used until now. Utilities and grid operators have always been both the suppliers of power and the trusted authorities for tracking consumption. Existing energy market players have enjoyed a long period of control with relatively little disruption. As that era ends, tension builds between old business models and the new demands of both energy consumers and governments. How that tension resolves is an ongoing area of interest, but utilities have shown they are not categorically opposed to blockchain. In fact, roughly one-third of energy blockchain trials have involved utilities.

A transition to a blockchain-based smarter energy system likely means a decentralization of supply and administration. Market and regulatory inertia represent the largest impediment in this shift. How exactly blockchain may find itself integrated into the energy world is only just being discovered as startups and long-standing companies examine the technology. What is clear is that there is synergy between the decentralized nature of smart energy communities and blockchain recordkeeping.
SHARE ARTICLE

Smart Interlaced Systems: The Next Frontier of Smart Cities

Smart Interlaced Systems: The Next Frontier of Smart Cities