What Will the Microgrid of the Future Look Like? 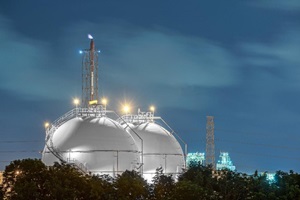 Microgrids have been around for a long time. In the past, the majority were powered up by diesel fuel and often were not connected to a traditional utility power grid. But what will the microgrid of the future look like?

As reported in the last update to the Microgrid Deployment Tracker published in 4Q 2017, the remote microgrid market share for total identified cumulative capacity declined from 45% to 39% in the 2Q 2017 update. This trend is more of a reflection of the grid-tied market picking up momentum than a lack of interest in remote off-grid applications. For comparison purposes, the next largest microgrid market segment in the update is the commercial and industrial segment, which has witnessed a recent surge and which Guidehouse Insights estimates will be the fastest-growing market segment over the next decade.

Primary DER in Microgrids Are Going to Change

Rather than focusing on market segments, what about the types of distributed energy resources (DER) being deployed within microgrids? It should come as no surprise that diesel and natural gas generation still lead the resource mix. Looking into the future, a far different picture emerges.

In the Microgrid Enabling Technologies report published this January, combined heat and power was the leading DER choice in terms of capacity for microgrids on a global basis in 2017, with 655 MW deployed, followed by solar PV (392 MW) and then diesel (385 MW). By 2026, however, the DER landscape shifts, with solar PV jumping to a commanding lead with 3,786 MW annually, followed by energy storage with 3,292 MW. Energy storage boasts the most aggressive compound annual growth rate (CAGR) with 37.4%; solar PV follows at a CAGR of 28.7%.

Implementation spending tracks this capacity growth. All eight DER were profiled in the recent report (which also includes biomass, diesel, hydro, and wind power). This market forecast represented just over $4 billion in investment in 2017. That annual spending increases to nearly $23.6 billion by 2026, a 21.7% CAGR. Solar PV ranks as the top DER investment target for microgrids, with annual spending reaching virtually half of all DER investment by 2026 at $6.7 billion. Energy storage spending follows at $4.5 billion annually in 2026.

In short, solar PV and energy storage will be the most popular MET options for future microgrids. Yet, the more interesting question revolves around the potential role of fossil generators. One clue comes from companies such as Fairbanks Morse, which now offers a power reliability as a service platform. Rather than view solar and storage as a threat, it is investigating how to collaborate with the industry’s overall shift to the Energy Cloud.

Fairbanks Morse is not the only company exploring how the energy as a service model applies to microgrids. Perhaps the biggest single headline for microgrids in 2018 is the partnership between Schneider Electric, Dynamic Energy Networks, and the Carlyle Group, looking to deploy $500 million in microgrids under a microgrids as a service business model.

Microgrid Evolution Is Just Getting Started

Of course, the energy service approach to microgrids is still in incubation. The key to making this approach work are controllers, the magic sauce, if you will. As DER portfolios become commoditized, the innovation shifts to automation, controls, and software. Who are the leaders in this space? Look for my forthcoming report ranking control providers later this month.

Getting back to my opening question, the microgrid of the future will be more sustainable, ultra-resilient, plug-and-play, financed under an energy as a service business model with private capital, and will include both solar and energy storage.