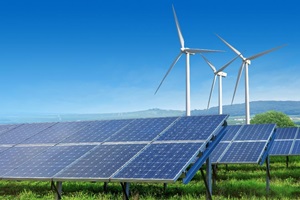 The energy industry is experiencing a profound transformation as the sector moves toward more intelligent, more distributed, and cleaner use of energy. Utilities’ traditional business models are being challenged by disruptive firms offering new services that leverage more advanced technology, as described in Guidehouse’s Energy Cloud analysis in its Navigating the Energy Transformation white paper. In the first post of this blog series, I described six new energy platforms underpinning the energy transformation. In the second and third posts, I showed that some European utilities have been more active than others in partnering with, and investing in, companies offering new energy platforms. In this post, I argue that in order to be successful in the transition toward a smarter, more digital energy future, utilities will need to strategically adopt the most relevant new energy platforms.

Generally speaking, these new energy platforms have a higher risk profile than a traditional utility might pursue. Digital technology and advanced data analytics are key in these new areas—a domain not historically considered core business by utilities. A logical step for a utility is therefore to identify and approach startups as they test new energy platform services. A growing number of European utilities have set up venture capital funds allowing them to make riskier investment decisions than what the investment arm of a utility would typically approve. For example, Total created a venture capital fund (Total Energy Ventures) in 2008 to invest in startups, including Stem, Off Grid Electric, and AutoGrid. Similarly, ENGIE launched ENGIE New Ventures in 2014 with €115 million ($120 million) and RWE created RWE Venture Capital in 2016 with €130 million ($140 million). Meanwhile, some utilities have opted for external management. For example, most of EDF’s investments into startups have been done via independently managed Electranova Capital.

These strategic investments and partnerships are a win-win situation for both the utility and the startup. The utility invests in, or partners with, a yet-to-be-proven technology without bearing all the initial risk. In return, the startup gets access to funds, resources, and customers to test its pilots and accelerate the innovation of its business model. For instance, following acquisition by Enel, distributed energy resources (DER) management system provider Demand Energy now has access to one of the world’s largest renewable energy portfolio with 36 GW of capacity installed across four continents—a significant step up from its current portfolio of 3 MW of installed storage capacity.