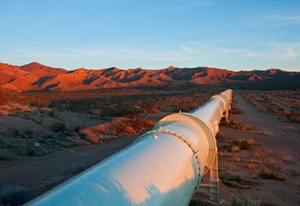 In 2015, an energy source equivalent to twice the total global solar production literally went up in smoke. That year, 147 billion cubic meters of associated natural gas was burned at the wellhead, releasing more than 300 million tons of CO into the atmosphere. Associated gas is a byproduct associated with petroleum wells, as opposed to wells built for natural gas production only.

Globally, most associated gas is captured and put to use; however, flaring occurs due to a variety of technical, regulatory, and economic constraints. The light from these flares makes up a large part of the Earth-produced light that is visible from space. Indeed, the quantity and value of the gas is substantial. Amounting to 5.2 quadrillion Btu (known as quads), the flared gas would be worth about $30 billion annually if sold on major global markets (assuming a global value of $5.61 per million Btu, which is an average of the costs in the major markets of the United States, Canada, Germany, United Kingdom, and Japan in 2015).

There are a variety of reasons for flaring. In many cases, the amount of associated gas from oil operations is too small to justify the infrastructure needed to economically capture, compress, and transport it. Where it might be burned for electricity, there are often insufficient offtakers within 1- to 10-mile distances, over which electricity infrastructure is often worth building. Some countries, and even some oil companies, avoid pumping from locations that will require flaring, but flaring remains common practice in many cases.

Flaring regulations take a variety of forms. In most of the world, flaring is regulated at the national level—a practice that has had mixed results. For example, Norway produces one-fifth the amount of oil as Russia, but burns less than one-fiftieth as much flare gas, due in part to stricter regulations. On the other hand, perverse incentives (with unintended consequences) also exist: the coffers in some countries (like Kazakhstan) count on the significant revenue generated by penalties for flaring, making crackdowns less likely there. Another perverse regulation exists in North America, where unlike most of the world, emissions are regulated at the state—or even regional levels—through air quality management districts or other entities. This has the advantage of tailoring regulations to local needs, but can also lead to administrative burdens and a lack of consistency across countries.

The economic choices related to flaring associated gas are complex, and the equations are changing as technologies and policies shift the energy landscape. However, the emissions associated with flare gas are substantial enough to merit scrutiny if countries are to meet their emissions targets for 2020, 2030, and beyond.

Part 2 of this blog series will look at some of the specific developments that will turn associated gas from waste into profits—for technology vendors, energy developers, and oil & gas companies. These developments include improved gas-to-liquids technologies, improved onsite combustion technologies, and access to electricity offtakers through microgrids.