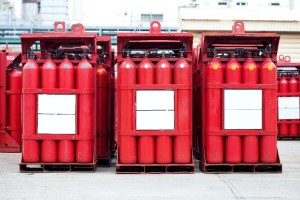 Robust incentives in places like Germany, Japan, and the United States have expanded the market for stationary fuel cells over the past decade. Within the United States, recent changes to major incentive programs hint at the future of the industry.

The California Public Utilities Commission recently proposed changes to the Self-Generation Incentive Program (SGIP). If approved at the Commission’s June 23 business meeting, the wide-ranging changes would substantially restructure the program. Two key changes would specifically affect natural gas generation technologies such as fuel cells, microturbines, and generator sets. First, energy storage projects would be allotted 75% of program funds, with the remaining 25% going to generation projects, including natural gas projects, wind turbines, and others. This would be a strong pivot toward storage over generation since these categories account for 4% and 96%, respectively, of $1.1 billion in historical incentives paid. Second, beginning in 2017, natural gas projects would need to use a minimum of 10% biogas, increasing in steps to 100% in 2020. The changes are intended to strike “the right balance of the program’s goals of reducing [greenhouse gases] GHGs, providing grid support and enabling market transformation.”

The federal Business Energy Investment Tax Credit (ITC) has been another important incentive, offering as much as a 30% rebate on fuel cells and other energy technologies. Wind and solar won big with the December 2015 extension, though fuel cells and other natural gas technologies were passed over and currently expire at the end of 2016. However, recent comments from congressional leadership indicate that an extension for the overlooked technologies is likely this year and may even be approved as part of the Federal Aviation Administration (FAA) authorization bill, which has a deadline of July 15.

So the news for fuel cells is mixed, with California likely offering smaller incentives than in the past but the ITC likely extending beyond 2016. The goals of such programs are ever changing, though in most cases, increasing focus is placed on GHG reductions. California’s biogas requirement cuts emissions and could thus be good for the industry, provided biogas can be viably sourced in the quantities required.

Successful incentives should ultimately render themselves unnecessary by driving down costs. Fuel cell costs have been falling, though not at the rate of some other technologies like PV. The winners will be those that can creatively cut the costs of manufacturing, installation, and financing to make the systems cost-competitive with other electricity sources. Despite the GHG emissions associated with natural gas fuel cells, current developments play a role in a zero-emissions future. Today’s natural gas fuel cell research can be directly applied to the hydrogen fuel cell, a key emissions-free and dispatchable energy resource that can complement the mix of renewables that will power our future.