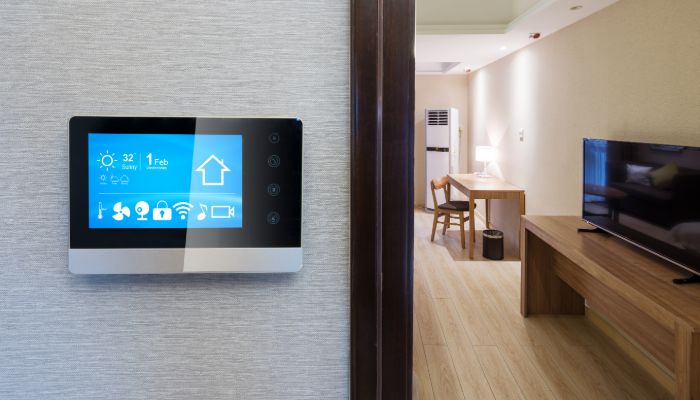 There’s an old joke that efforts to create a universal standard just add to the hodgepodge of existing standards, and this has been the fear with Matter as well. Yet there are also reasons to believe that Matter is indeed in a position to become the universal standard for the smart home. This is the second of two blogs examining the implications of the launch of the Matter specification. The first post discusses the state of play with regard to standardization and interoperability, while this post focuses on what Matter’s launch means for the smart home.

The main reason why Matter may see more success is buy-in from a wide range of stakeholders, which was not true of earlier attempts to create a universal smart home standard. In addition to large platforms like Amazon and Google, members include other device manufacturers like Signify and Schneider Electric, chipset makers like Nordic Semiconductor and NXP Semiconductors, and other protocols, like the Thread Group.

Indeed, Matter can be seen as an outgrowth of Thread’s interoperability initiatives. In 2015 Thread and the Zigbee Alliance announced that Zigbee’s Cluster Library application layer would work with Thread, ensuring interoperability among Thread and Zigbee devices. The Zigbee Alliance later rebranded to the Connectivity Standards Alliance, which is responsible for maintaining and publishing the Matter standard.

Most importantly, with the official publication of the standard, stakeholders have announced updates that will make a large share of currently operating devices compatible with Matter. For example, Signify has announced a free software update, which will be available to consumers by March 2023, to Matter certify the Philips Hue Bridge for its home smart lighting systems.

Could It All Go Wrong?

Matter’s official launch is just the first step. While there are 190 devices that have been Matter certified, not all are available yet. More crucially, there are still only three Matter controllers available to pair devices and control them: Apple’s HomePod mini and certain Apple TV models can control Matter over Wi-Fi, Thread, and Ethernet/Bridge to connect devices like Zigbee light bulbs; Samsung’s second- and third-generation SmartThings hubs can connect over Wi-Fi and Thread. Amazon will be launching its own rollout of Matter over Wi-Fi for a number of its Echo devices, coming in November 2022. Google, on the other hand, hasn’t yet announced when it will update its products to be Matter controllers.

Reasons to Be Positive

One reason why previous standards have failed, not just in the smart home but with USB connectors and elsewhere, is that changing to a new standard meant consumers had to buy all-new equipment to be compatible. Matter appears to be avoiding this pitfall with these updates, aiming for Matter connectivity to come to most of the devices that users have already installed. Just as importantly, there appear to be no large holdouts that haven’t signed on to Matter. If these conditions remain as they are, and if Matter works as advertised in users’ homes, then the smart home will be ready to achieve its full potential and become as ubiquitous as the smartphone.

By Krystal Maxwell
Back to Top
Press enter to search