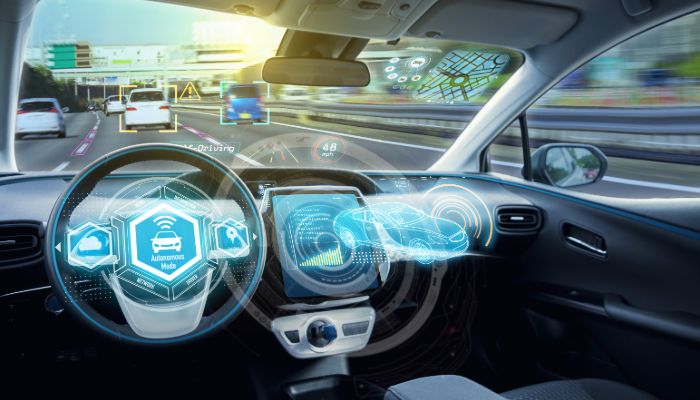 Aside from demonstrating to the world that EVs can be appealing on their own merits, one of Tesla’s most influential product innovations has been the use of over-the-air (OTA) software updates. It has been more than 8 years since the Model S debuted, and over the past couple of years, the rest of the industry is finally catching up on many fronts including OTA. While having a vehicle that improves over time is appealing, it does bring some challenges, and Chinese automaker XPeng is trying to address at least one of those via a smartphone app.

Prior to Tesla, the automotive industry had only used OTA updates for the communications subsystem and never for safety-critical systems such as driver-assist. Tesla upended this paradigm when it debuted its second generation Autopilot system in October 2016. Autopilot launched with minimal functionality after a rushed development process, but Tesla has been regularly updating it ever since, even offering customers the opportunity to pay for full self-driving (FSD) capabilities. The efficacy of FSD is a topic for other articles, but in general an issue with Autopilot and FSD has been a lack of customer understanding of the technology’s limitations.

Drivers Must Be Aware of Driver-Assist System Limitations

For anything less than a Level 4 highly automated driving system, the human driver ultimately remains responsible and must be prepared to either constantly supervise or take control of the system. Not understanding the system’s limitations can lead to crashes, several of which have been fatal for Tesla owners.

When XPeng launched its P7 electric sedan in early 2020, it came equipped with a suite of cameras, radar, and ultrasonic sensors powered by an NVIDIA Xavier computer. Like Tesla, initial functionality of XPILOT 3.0 was limited, and XPeng has distributed OTA updates to expand the functionality. The most recent version enables the navigation guided pilot (NGP) system that can do automatic lane changes and take highway interchanges as Tesla does.

Here in the US, car buyers frequently find that salespeople know little more about the technology in vehicles than they do and often less. Customers drive away with new vehicles without really understanding how to use the technology. When Tesla pushes out an OTA update to Autopilot or FSD, they get a message on the screen with change notes, but just as most people do with their phones and computers, owners usually just tap accept and move on.

XPeng realized that this was inadequate to provide a safe user experience. When P7 owners get the NGP update, they cannot use it initially. Instead, they have to use the XPeng app on their phone to get training and take a test on the capabilities of NGP. Only after they pass that test can they enable the new functionality.

This is an important step in addressing the safety challenges associated with OTA updates that change vehicle functionality. Ideally, automakers want OTA updates to be seamless and friction-free for users. But any time there are changes to the user interface or capabilities of safety-critical systems, adding a speed bump to make sure people understand what has changed is the responsible thing to do. As more automakers release vehicles with OTA capability, this should be standard procedure.