Hidden Nuggets among the CES Glitz 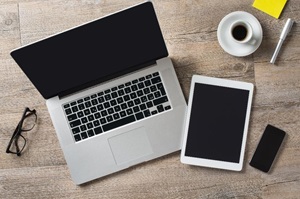 Sometimes surprises hit you slowly—hidden nuggets overlooked at first glance but demonstrating some hidden or potential value upon further reflection. Such was the case for several companies I met with at the recent CES trade show in Las Vegas. My colleague, Paige Leuschner, covered the major themes at CES in a recent blog: artificial intelligence, home healthcare, and Google everywhere. By contrast, the following firms captured my mind not for hogging the spotlight, but for showing real promise in several technology areas:

This startup aims to solve one of the difficult challenges in the Internet of Things (IoT) world—how to secure sensing devices that have limited processing power and run on batteries. Think of a sensor on a remote area of a plant that monitors heat or temperature. Most solutions protect the gateways that gather sensor data, but miss that first hop from the sensor to the gateway. The company’s patent-pending StarDust offering secures that first hop from the sensor with a patented technology that fits into tiny sensors and uses a fraction of battery power. The solution should appeal to many firms deploying IoT technologies, from utilities to manufacturers to healthcare providers.

This French company is no startup. It has been around since 2004, toiling away in the geeky machine to machine space. Lately, however, the company has been riding the strong interest in LoRa technology (also mentioned in a previous blog). Kerlink offers a suite of networking equipment for low power wide area networks (WANs), the type of systems that enable IoT connections at scale. The company announced a nice win during CES, a deal for an additional 800 base stations to be supplied to Proximus, a Belgian telecom company building out its own LoRaWAN IoT network. Kerlink appears poised to take advantage of several IoT use cases, including smart cities, smart buildings, smart health, advanced transportation solutions, and connected agriculture.

With a larger booth area, Royole was not nearly as subdued at CES compared to the two above. Nonetheless, it could be overlooked among the hundreds of other showy vendors. What caught my eye was Royole’s flexible display and flexible sensor technologies. Royole’s displays are as thin as 0.01 mm, which is about one-fifth the thickness of a human hair; and the company claims its displays are the thinnest in the world. The ultra-slim sensors can be embedded in furniture or the console of a car for controlling a chair or the dashboard electronics. One can imagine other applications for these sensors in an IoT-connected world, such as in clothing, walls, or medical gear. Founded in 2012, the company is poised for growth with the recent completion of its $1.7 billion production facility in Shenzhen, China.

To be sure, these three represent only a handful of the many companies not hogging the spotlight at CES. Competitors could surely surface and outmaneuver them, or the market could simply go sour on their products. The point is that CES is not only a place for the latest gadgets or products from the big brands, but also a place where the wallflowers can take the floor and show off their potential diamonds in the rough.