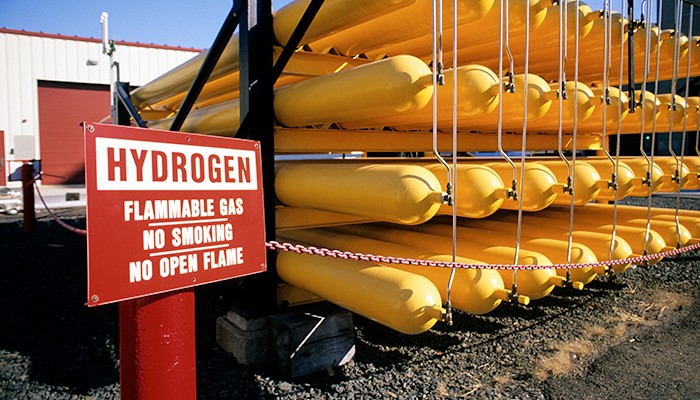 Elevated levels of geopolitical risk have prompted a fundamental rethink of Europe’s energy supply mix. Alongside the diversification of natural gas imports and increased efforts to improve energy efficiency, Europe has looked to the scale up of renewable energy and green hydrogen production as a means of reducing reliance on fossil fuel imports.

Under the EU Commission REPowerEU plan, released in March 2022, 15 million tons of green hydrogen will be used to replace between 25 and 50 billion cubic meters of imported gas by 2030. The Gas for Climate initiative, supported by Guidehouse, has responded with its own plan to accelerate hydrogen and biomethane adoption in line with the goals established under REPowerEU. The plan aims to foster market creation, streamline permitting processes, and fast-track infrastructure buildout, among other measures.

The UK is also backing hydrogen under its new Energy Security Strategy, released in early April 2022. The strategy doubles the UK’s low carbon hydrogen capacity target to 10 GW by 2030, including hydrogen produced from renewable sources, nuclear energy, and North Sea gas. In addition, the Department for Business, Energy and Industrial Strategy has announced plans for UK electrolysis projects to be able to bid into a new Contracts for Difference scheme from 2023 onward.

Hydrogen as a Midterm to Long-Term Security Solution

In response to short-term price impacts, demand reduction and supply diversification are likely to be the most effective measures that European economies can take to ease security risks. Despite accelerating momentum behind hydrogen projects within and beyond Europe, available volumes of green hydrogen remain limited over the near-term.

Looking further out through to the end of the decade and beyond, green hydrogen is set to play a critical role in enabling the European energy system to adapt to scarcer and more expensive natural gas supplies. The first and most obvious way in which it can do so is by stepping in to replace existing natural gas-based grey hydrogen production. Substitution with green hydrogen is especially important in strategic industries. The supply of fertilizers, which are primarily made using ammonia produced from grey hydrogen, has been heavily affected by sanctions. High natural gas prices are placing further restrictions on the availability of supply, with adverse implications for global food prices.

A recent Guidehouse Insights report, Hydrogen Industrial Clusters, forecast that low carbon hydrogen consumption within the European ammonia industry is expected to amount to approximately 44 TWh by 2030, out of a total hydrogen demand of approximately 116 TWh within the sector by the same year. This forecast reflects existing levels of policy support and project readiness. An effective response to market conditions would therefore see the proportion of green hydrogen uptake increased considerably. European hydrogen stakeholders should also look to invest in ammonia projects in renewable energy-rich regions overseas to supplement domestic production.

More expensive natural gas supplies also threaten Europe’s ability to respond to seasonal variations in energy demand. European gas storage facilities have a strategic value that is difficult to overstate. The continent has a gas storage capacity of 1,100 TWh, which in terms of scale is approximately equivalent to double Germany’s annual electricity consumption.

If the continent pursues an accelerated phase down of natural gas consumption, which seems entirely likely—it is imperative that new inter-seasonal storage technologies are deployed to fill the gap. Green hydrogen produced from renewable electricity may be the only scalable, low carbon technology capable of rising to the challenge.