When most people think about auto racing, they focus mostly on how fast a car can get around the track. However, aside from drag racing, which poses its own unique challenges in sprinting down a quarter-mile of pavement, efficiency has long been as important as raw speed. Nowhere is this as true as in the relatively nascent FIA Formula E championship.

Formula E recently completed its fifth and most successful season with the 2019 New York E-Prix in Brooklyn. The series was conceived earlier this decade as globally sanctioned championship for single seat battery EVs (BEVs). Season 5 saw the debut of upgraded second generation cars that have significantly improved the series. 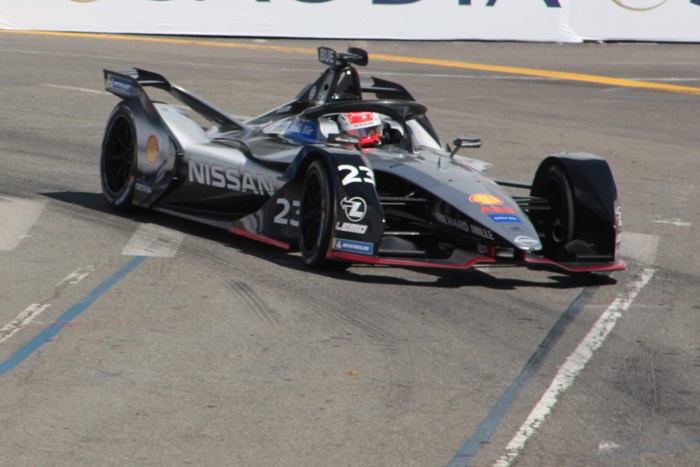 When it launched in 2014, every driver had two identical cars with everyone using the same batteries, motors, and electronics. Those cars had only a 30 kWh battery with 28 kWh of usable energy. From season two, automakers were allowed to join in, developing their own motors and electronics. To complete the full 45 minute race length, drivers pitted halfway through and switched to a second car since portable high speed charging was not available.

The new cars feature upgraded designs and twice the battery capacity allowing them to run the full race distance on a charge. The new batteries are supplied by McLaren and manufactured by Lucid Motors under its Atieva technology brand. Because the energy capacity of the battery is fixed and charging is not available, teams and drivers have to maximize power-conversion efficiency and drive style in order to extract as much performance as possible without draining the battery before the end of the race.

At most race tracks, you will find video screens that display action around the course and race position. At Formula E races, they also display the battery state of charge for each car so fans can follow along. At a typical race, these cars that sound like sci-fi space ships are finishing with about 1% to 2% charge left as they battle to the finish line.

Pure electric racing isn’t the only place where efficiency matters. Over the past 7 years, hybrid racers from factory teams in the Le Mans Prototype 1 (LMP1) class have competed with rules limiting the total amount of energy used during a race. A vehicle that is less efficient at producing power from its available energy will have to run slower or pit more frequently, losing time on the track.

The Toyota TS050 that won the 2018 and 2019 24 Hours of Le Mans is one of the fastest race cars ever built, with approximately 1,000 hp combined from its turbocharged V6 and hybrid electric system. During the 2019 race, driver Mike Conway set a new lap record of 3:17.197 and covered nearly 3,260 miles in 24 hours. Those same Toyotas covered more distance while using half as much fuel as conventionally powered cars did a decade ago.

Manufacturers like Audi and Porsche that dominated endurance racing in recent decades have since moved to Formula E along with Jaguar, Nissan, Mahindra, DS, BMW, and Mercedes-Benz. The lessons learned extracting more usable performance from each kilowatt-hour of battery storage are expected to feed directly back to road-going BEVs in the coming years.

Those efficiency improvements will help drive down the cost of BEVs by enabling more range from smaller, lighter, less costly batteries. That will make BEVs more accessible to the mainstream and reduce the raw resource requirements. The ongoing development of ultra-fast charging, battery swapping, or even dynamic in-road wireless charging may even see endurance races like Le Mans won by BEVs by the middle of the next decade.