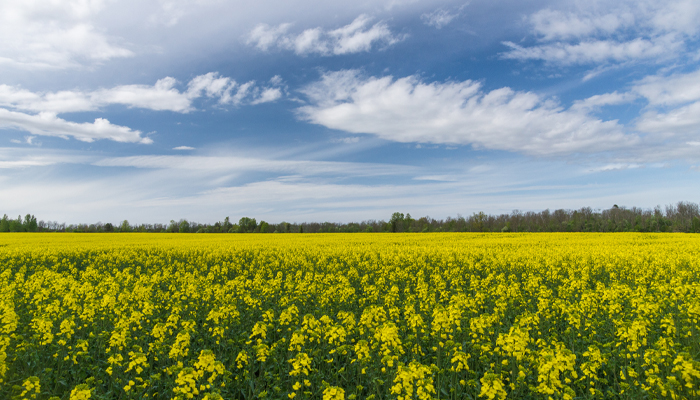 In 2020, the US had just under 900 million acres of farmland under cultivation. That’s a lot of land—and it is land that is generally well-suited for renewable energy generation such as solar PV. The combination of agriculture and solar generation, known as agrivoltaics, has the potential to reduce the energy cost of farm operations, increase self-reliance on farms, and reduce fossil fuel emissions associated with food systems.

Despite the many potential benefits that solar PV presents for farmers, some are concerned that the benefits of solar will be offset by solar installations displacing crops from otherwise usable farmland. Their concern is not unfounded. Over the past 20 years, the US has lost more than 11 million acres of farmland to development projects, and some are concerned that the appeal of solar could cause some farmers to pull out of farming entirely to replace their farmland with large-scale solar arrays. Luckily, integrating solar PV into agriculture does not necessitate removing arable land from crop production—maybe we can have our cake and eat it too.

The coexistence of agriculture and solar PV is being explored by researchers at the University of Massachusetts Crop and Animal Research and Education Center where Professor Stephen Herbert has conducted research since 2016. Initial research on the result of planting crops underneath and in-between solar panels yielded promising results, demonstrating that crops could grow successfully in colocation with solar PV. Planting vegetables beneath solar panels can address the need for renewable energy in agriculture without having to remove arable land from crop production. In 2020, a team led by Dwayne Breger at University of Massachusetts Amherst was awarded a grant to study the impacts of colocating solar panels with agriculture operations, a project that Breger hopes will yield more important data on the viability of solar-agriculture colocation.

Getting Creative with Agrivoltaics

In addition to the development of agrivoltaics in colocation with crops, there are numerous examples of farmers creatively using solar PV to improve their farm operations. An interesting application of distributed solar technology comes from Steven Schwen, a farmer in Minnesota who used thermal banking in his greenhouse to extend his growing season into the fall. The system works by storing heat that accumulates during the daytime and then using that heat to warm the greenhouse beds during cold periods (here is a cool diagram of Steven’s greenhouse that demonstrates how solar PV can be used with other innovative design features to improve production).

Distributed solar in agriculture has the potential to help decarbonize farm operations and decrease the electricity bill of farmers across the country. Although we should be wary of replacing productive farmland with solar arrays, there are opportunities to incorporate renewable generation into on-farm operations. Promising initial results from researchers and the success of farmers show that integrating distributed solar with agriculture can yield huge benefits for farmers.

The colocation of solar PV and agriculture presents an opportunity for solar developers to work with farmers to address the specific challenges that farmers face to install solar (e.g., initial capital outlay, optimal siting of panels based on crop type and available land area). There are also opportunities for regulatory authorities to offer additional subsidies to farmers who choose to incorporate solar into their operations and for regulators to make sure farmers are aware of the subsidies that already exist. The initial results on the viability of agrivoltaics is promising. Encouraging more farmers to invest in distributed, renewable energy can yield benefits for those farmers and their communities.

By Benjamin Retik
Back to Top
Press enter to search