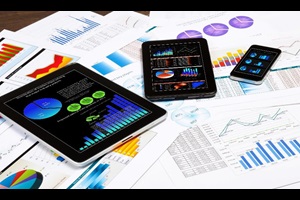 A little over a year ago, the underground Aliso Canyon natural gas storage facility began leaking. While the primary concern was how methane emissions might jeopardize public safety, this event also created a crisis in energy supply in Southern California. As it turns out, it became the largest methane leak in US history. By some estimates, the leak had a climate change impact equivalent to burning 1 billion gallons of gasoline. The value of the leaked natural gas has been estimated at more than $21 billion.

However, the leak from the gas field, which supplied fuel for a fleet of fossil fuel plants serving as one of the backbones of the regional power supply, also created an ideal market opportunity. The only way to fill in the gaps opened by the leak was through distributed energy resources (DER) that could be mobilized in short order. Among the innovative solutions are virtual power plants (VPPs) enabled by energy storage.

The state moved swiftly. The California Public Utilities Commission (CPUC) made a bold decision, calling for a wide range of DER in late May. Fortunately, Southern California Edison (SCE) and industry providers were positioned to move fast, since contracts were already in place for over 260 MW of energy storage, 5 times the amount SCE had been required to purchase.

Last month, Stem was among the first vendors to deliver aggregated behind-the-meter, commercial-scale storage services. It was the first to pass eligibility tests for SCE’s local capacity requirements. The company has now dispatched the first of many distributed energy storage projects, all of which contribute to its forthcoming 85 MW fleet for SCE, arguably the largest mixed-asset VPP in the world.

The speed and scale for delivering products such as demand response (DR), energy storage, and VPPs are important, as the energy demands of the winter months place an extra burden on utilities for reliable energy supply across the country. Already, independent grid operators such as PJM are revising DR products in lieu of the shortage created by the so-called polar vortex 2 years ago. PJM’s new capacity performance product has created controversy, but its intent is to make DR a year-round resource. Integrating energy storage into such resources can help make that goal feasible. (Last December, the CPUC also strengthened its commitments to DER as a key solution set for year-round reliability.)

Guidehouse Insights released a Leaderboard report late last year ranking VPP software vendors. As an analyst, there is no better way to win friends (and create enemies) than to create a ranking of vendors. Another Guidehouse analyst wondered why Stem has not on the list. Needless to say, one could make an argument it belonged in the ranking; other vendors also protested their exclusion.

The truth of the matter is that the overlap is increasing between energy storage, DR, and VPP Leaderboards, so this latest ranking was limited to four energy storage firms in order to limit eligibility (with quotas also established for large technology vendors and pure-play software companies). Preference was given to those firms whose software managed onsite solar PV with batteries and loads at the distribution level and then aggregated these into VPPs. Stem is a VPP innovator, but its business model had focused more on demand charge abatement for commercial buildings without onsite distributed generation. Thanks to its abovementioned engagement with SCE, Stem is now certainly on my radar when it comes to VPPs and energy storage, joining a growing list of innovators.