Will 2023 Finally Be the Year of the Automated Vehicle? 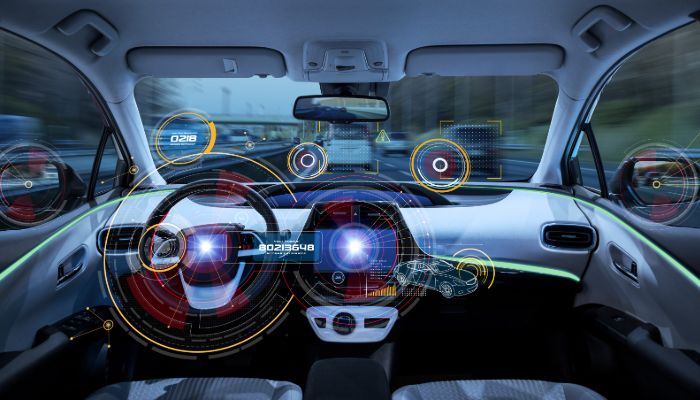 One of the running jokes in the auto industry is when the fully automated vehicle (AV) will finally arrive en masse. When I first joined Guidehouse Insights (then Navigant Research) in mid-2014, there were many in Silicon Valley, including Tesla CEO Elon Musk and former Uber CEO Travis Kalanick, claiming that by 2018, AVs would be everywhere. We’re now closing in on the end of 2022, and most people have never seen an AV, let alone been in one. But a recent trip to San Francisco, California, provided some hope that 2023 might finally be the year we start seeing more AVs in service.

Going for a Ride

The main purpose of my visit was an open house at Cruise headquarters and the chance to ride in one of the company’s robotaxis. While in the area, I also took the opportunity to visit Zoox, but I was unable to arrange a ride in one of the latest vehicles from Waymo.

In June 2022, Cruise took advantage of its freshly minted permit from the California Public Utilities Commission to open its driverless ride-hailing service to members of the public. The service operates in the northern and western third of San Francisco between 10 p.m. and 5:30 a.m., but Cruise hopes to expand to more of the city and to 24-hour operations soon. Cruise, of course, isn’t the first to start charging the public for driverless rides. That honor goes to Waymo, which launched a similar service in suburban Phoenix, Arizona, in 2019 and recently expanded to downtown Phoenix.

Others such as Motional and May Mobility are operating services in partnership with Lyft in Las Vegas, Nevada, and Via in Arlington, Texas, respectively, but those vehicles still have safety drivers. Motional is testing unsupervised vehicles and hopes to offer paid rides by 2023.

Zoox, the startup that was acquired by Amazon in 2020, is also looking to launch automated ride-hailing, possibly in 2023 as well. All five of these companies are testing modified production vehicles, but so far only Zoox and Cruise have developed and tested purpose-built vehicles. At Zoox I got a tour of the company’s pilot assembly line where it has built several dozen of its VH6 robotaxis and even got to ride in one, albeit just around the parking lot. The VH6 is a fascinating vehicle, having no front or back. It’s completely symmetrical with dual independent power trains, steering and braking systems, climate controls, and computing platforms. In addition to providing fail-operational capability, it can operate in either direction, so it doesn’t have to turn in tight spaces.

During our tour of Cruise, we saw several Origin robotaxis, which, like the Zoox VH6, have carriage seating and plenty of room. However, the Origin does have a front and back, including a trunk for cargo or carrying bags on airport runs. We also saw the insertable locker module, which can convert the Origin for deliveries in minutes. Since one of the goals of automation is mobility for all, one of the prototypes is also equipped with a wheelchair ramp and an automatic lockdown system for the chair.

Compared with my first Cruise ride in late 2017, this one was far smoother and had no preprogrammed route. I selected multiple destinations in my 30-minute ride, and the modified Chevrolet Bolt just plotted a route and took me safely to each one. Cruise was confident enough to let me ride without a minder and go anywhere in the service area. While many companies targeted widespread robotaxi deployments as early as 2018, Cruise’s robotaxi is working now, and the future looks bright with expansion to Phoenix and Austin, Texas, by the end of the year.