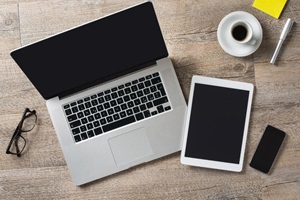 With Google’s recent announcement of its Home product, a voice-activated virtual assistant for your home to control devices, provide information, and manage energy might be closer than you think. The device will compete directly with Amazon’s popular Echo, and consumers are likely winners.

Home won’t be available until later this year, and its cost has not been revealed, though it’s expect to sell for around $180 to match the Echo’s price point. If the Echo’s history is a guide, I anticipate Home will be a hit with consumers, gaining relatively wide and quick adoption. Amazon has sold an estimated 3 million Echo units since its launch in November 2014.

Home will answer questions and hold two-way conversations in addition to executing tasks like playing music or controlling connected smart home devices, such as a Nest thermostat or LED lights. Essentially, it will do what Amazon’s Echo does.

A Step Forward for Voice Activation

So why is this a big deal? Because Home represents another step toward mass adoption of voice-activated interfaces in homes. Instead of pulling out a smartphone or a tablet, firing up an app and using fingers on a touchscreen to control something in a home, using one’s voice is a more natural and simple process. For instance, while cooking in a kitchen with your hands occupied, calling out to Home or Echo to set a timer is quite convenient, as is commanding a TV to mute itself from across the room as you answer a call. Seemingly small applications like these are the future.

From a utility company perspective, the Home device and other smart home (i.e., Internet of Things [IoT]) products represent a small revolution. Nearly half of utility industry executives say the smart home will revolutionize the industry, according to a survey by public relations firm Antenna. The PR firm does note a separate study about current barriers to adoption among consumers, namely the cost to purchase the equipment and the complexity of installing and configuring smart home systems. Those barriers, however, are likely to fall in the near- to mid-term as production volumes build (thus driving down costs) and competing manufacturers reduce the installation complexities. (For a detailed forecast of residential IoT device shipments and revenue, see Guidehouse Insights’ latest report, Market Data: IoT for Residential Energy Customers.)

No Shortage of Competitors

And don’t count out other prominent companies still on the sidelines in this regard. One is Apple; the masterminds from Cupertino are not to be underestimated, as a former colleague says. “Underestimating Apple in this space or even Siri in this space would be fundamentally wrong,” says Michael Gartenberg, an analyst with iMore.com and a former Apple marketing director. I concur. The other is Microsoft, which has yet to launch a virtual assistant product specifically for the home, but could easily do so with Cortana. There is no shortage of competitors in the space.

Given its influence, Google’s entry into this particular market is likely to be significant, going head-to-head with Amazon. For consumers, the competition should drive prices lower, and a flurry of new applications for both product platforms should be just over the horizon. Voice, it seems, is the new touchscreen for homes.