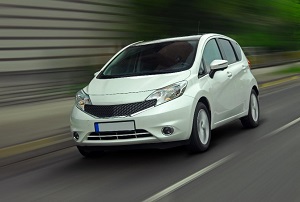 Volvo Cars isn’t the biggest player in the premium automotive landscape, but it seems to be one of the smartest in the years since being acquired by China’s Geely Group. Sweden’s sole surviving volume automaker has moved aggressively to reinforce its safety-oriented heritage with the development of automated vehicles. And the company just made the news, as CEO Hakan Samuelsson announced that the brand was going “all electric” from 2019.

Read Past the Headline

While this was an important announcement about Volvo’s environmentally friendly intentions, it also illustrates the importance of reading past the headline. Readers would be forgiven for thinking that Volvo wants to transform itself into the next Tesla. The reality is that between 2019 and 2021, all products from the Volvo Car Group will transition to having some degree of electric propulsion. That includes three new battery EVs (BEVs) from the main Volvo brand and two other BEVs from the high performance Polestar sub-brand.

But the internal combustion engine isn’t going anywhere just yet—it’s just getting an assist from electric motors and batteries. In 2015, Volvo introduced its Twin-Engine system, a plug-in hybrid (PHEV) propulsion system, on its large XC90 SUV and has since expanded availability to the other 90 series models, including a sedan and station wagon. The new midsize 60 series that shares a platform architecture with the 90s will also get this system.

Based on an animation released by the automaker, Volvo’s baseline setup from 2019 will be a 48V mild-hybrid that will utilize a belted starter-generator configuration. Along with a likely lithium ion battery with a capacity in the 0.5 kWh range, this should boost fuel efficiency by about 10%-15%. Guidehouse Insights’ Low Voltage Vehicle Electrification report projects nearly 9 million global sales annually of 48V systems by 2025.

For a company that only sold a bit over half a million cars globally in 2016, this might seem like a lot of complexity. But Volvo only has three model lines going forward with several body styles, the compact 40 series and the larger 60 and 90. The larger vehicles share the scalable platform architecture and the 40s will use a new smaller platform. Across this range, Volvo is only using one engine family that currently has gas and diesel four-cylinder engines with natural aspiration, turbocharging, and combined turbo and supercharging. With a single engine family, engineering 48V capability should be straightforward. Even the PHEVs utilize this same engine with a through-the-road hybrid architecture that uses the engine with a conventional automatic transmission at the front axle and electric drive for the rear axle.

With a limited component set on only two core platforms, this transition should be manageable for a company of Volvo’s size. Geely can also leverage the technologies developed by Volvo, just as prior owner Ford did for many years. Numerous Ford vehicles, including the Taurus, Flex, and Explorer, still utilize a platform originally designed by Volvo in the 1990s. Geely can take both the powertrain and automation technologies developed by Volvo for its domestic brands, including the new Lync & Co. EVs.

For Volvo, utilizing light and strong electrification across its premium vehicle lineup will help it to meet increasingly stringent efficiency and greenhouse gas emissions standards in Europe and China, where it has seen significant growth. All automakers are looking at varying degrees of electrification as a strategy to meet these standards in a cost-effective way, as noted in Guidehouse Insights’ Automotive Fuel Efficiency Strategies report. The difference is mostly in degree and configuration. As a premium brand, Volvo’s customers are also more likely to absorb the added cost of these technologies.