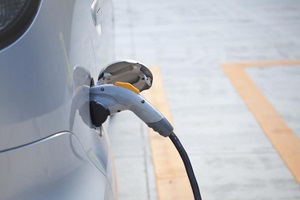 State by State, Charging Is Expanding

Baltimore Gas and Electric, Potomac Electric Power Company, Delmarva Power, and Potomac Edison Company have submitted a petition to spend $104 million to support charging infrastructure in Maryland. The program would build out 2,400 charging stations across Maryland in residential, workplace, and public charging areas. The Maryland Public Service Commission is expected to make a decision on the petition in the next few months. The state wants to expand the number of EVs on its roads to 300,000 by 2025, and these new proposed charging stations are a key step toward reaching its goal.

In Missouri, Ameren has proposed an $18 million charging program known as Charge Ahead that would install about 1,200 charging plugs (about 600 stations) in its territory. If approved, Ameren will partner with third-party charging companies to install the stations near interstate highway corridors, workplaces, multifamily housing, and other public areas. The chargers would be a mix of DC fast charging and Level 2. Prices for charging at these stations will be determined by the third-party operator.

Eversource was part of a rate case in the Massachusetts Department of Public Utilities, part of which passed on November 30, 2017. As part of the order, the utility received the green-light to invest $45 million in charging infrastructure, which will mean installation of around 4,000 Level 2 charging plugs at businesses and 67 DC fast charging stations along major roadways. Under this program, Eversource will cover the cost of installation and—in disadvantaged communities—it will offer a rebate for partial cost of the charger.

The Public Utilities Commission of Ohio recently approved American Electric Power’s (AEP’s) Electric Security Plan (ESP). The ESP allows AEP to expand access to EV charging and other renewable generation to ensure grid reliability. As part of the program and other partnerships, site owners will be able to apply to AEP to recoup a portion of their initial EV supply equipment construction costs.

Utilities in the Lead