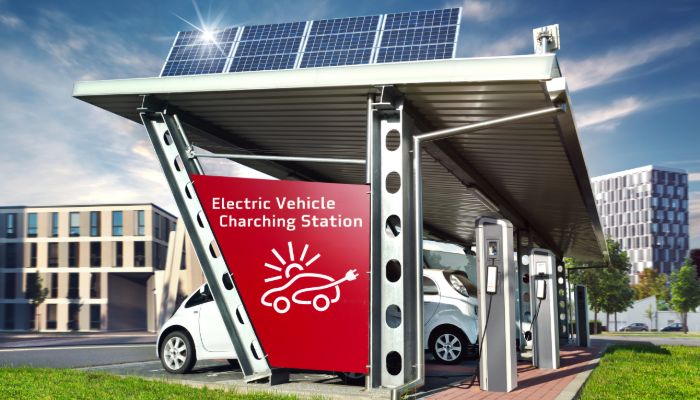 Dubbed megawatt charging, the debut of next-level technology for EV charging is near. With it comes the potential for electrification to expand into long-haul semi-trucking as well as aviation and marine transportation. Megawatt charging will bring a significant leap in power capacity and the deployment of this technology gives the electric power sector much to look forward to.

The Megawatt Charging Standard (MCS) is being developed by a task force within CharIN, the association advancing the Combined Charging System used for EVs. Its power capacity will be significant when it debuts, likely around 1 MW, but this is just a fraction of the impressive 4.5 MW it may eventually enable.

The first glimpses of MCS were released in late September 2020 at an event hosted by National Renewable Energy Laboratory. Seven vehicle inlets and 11 charger connectors were tested for fit, ergonomics, connection and disconnection ease, and thermal performance. The chair of the MCS task force, Rustam Kocher of Daimler Trucks North America, stated that, “The design should be ready for public unveil sometime in 2021.”

The next steps for implementation are already underway ahead of the unveil. In early December 2020, Daimler Trucks North America and Portland General Electric (PGE) announced they would create a charging site near the truck maker’s Portland, Oregon, headquarters. When complete, the site, called Electric Island, will be MCS ready. This means, as Kocher describes, that “The power that’s being provided by [PGE] and the way that it’s being routed… enables us to install megawatt charging fairly simply once it’s available.”

Once available, the site will be used to test a variety of charger hardware and charging methods, including sequential charging. The latter is nuanced. The sequence by which a truck fleet's charges can be optimized to distribute excess power from near-full batteries (which are unable to accept full charging rates) to lesser-full batteries that Kocher describes as thirsty.

The lessons learned from Electric Island will instruct and accelerate the rollout of megawatt charging at thousands of sites across the globe. A speedy rollout is critical because demands for electric trucks are on the rise driven by regulations in the European Union and California. The demand for electric trucks is also spurred on by hundreds of major companies adopting science-based targets to reduce greenhouse gas emissions from their operations and from the services of their suppliers. As a result, the European Automobile Manufacturers Association estimates 2,000 charge points with capacities over 500 kW will be needed by 2025, and 20,000 by 2030. Meanwhile, a collection of utilities in US West Coast states have mapped out how 140 charge points with capacities of 2 MW can be deployed to support expected long-haul trucking fleets by 2030.

Although 2030 may seem like a long way off, West Coast utilities estimate the time to plan and build a megawatt charging site will take between 3 and 5 years. Electric semi-trucks will not just operate in the West Coast, they will operate everywhere. Kocher says of the work done by the utilities, “[It] needs to be done on the East Coast… and it needs to be done for the long rungs on the ladder, so from California over to the East Coast.”

Additionally, there are new transport modes to plan and anticipate. The electrification of ferries is growing, and electric aviation is on the horizon. Both require the high power densities MCS will enable. As Kocher reports, “There’s tremendous interest in using the MCS in marine and aviation as well.”