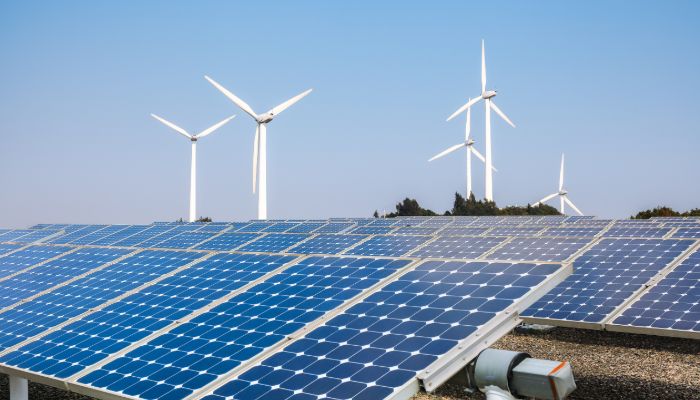 This blog was coauthored by Michael Kelly.

Many consider large-scale, grid-connected batteries to be the solution to storing excess energy production from renewable generation created during daylight hours for use later in the evening. The common sentiment is that curtailment of renewable power is unfortunate and the grid should use as much green power as possible. A recent Guidehouse Insights article explored this practice and found that solar and wind power generators in California during 2020 were curtailing almost 1% of the total power used.

One might expect that more grid-connected battery capacity should directly result in storing as much green power as possible. In this scenario, the only reason to curtail solar power is if the batteries are already at full capacity. However, data from the California Independent System Operator (CAISO) shows that more than one-third of the power curtailed from solar generation sources occurs simultaneously with grid-connected batteries adding power to the grid. Not only do the batteries have additional storage capacity, but their use also increases the amount of curtailment. The following chart compares the amount and direction of power from grid-connected battery flow compared to the amount of curtailment during a summer day in California. 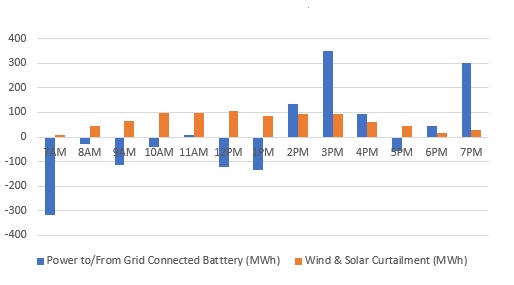 This chart shows that the batteries are charging with renewables power in the morning. After 2 p.m., however, the grid-connected batteries are adding power to the grid at the same time renewable power is being curtailed. The regrettable result is that the share of renewables is not as high as it could be.

Percent of Curtailment Offset by Grid-Connected Batteries in California 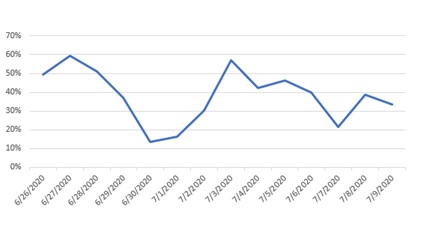 California is a leader in its use of renewable energy and in the amount of grid-connected storage. Information on the direction of power flow to or from batteries in 15-minute increments is viewable on the CAISO website. One would expect the line to be negative in the day and positive after dark. If this situation can happen in California, it is possible that similar situations take place elsewhere.

The solution to this situation involves greater use of AI to better predict grid demand and the amount of power that will be generated daily by the renewable generation sources that are in operation. Load forecasting isn’t new for utilities, but the proliferation of sensor technologies (e.g., smart meters, smart inverters) and advancements in AI and machine learning are enabling new capabilities across load and solar forecasting platforms:

Rise of Drones and AI for Solar and Wind O&M

Rise of Drones and AI for Solar and Wind O&M