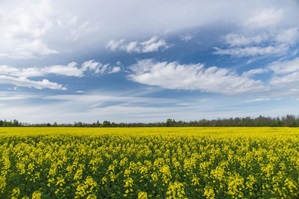 A quiet revolution is happening at US alpine ski resorts. As resorts grapple with climate change, they are moving to decarbonize the power grid. Resort companies are engaging with utilities and state commissions and piloting technologies. Ski mountain operators are learning that the benefits of taking progressive steps go beyond the lifts, trails, and lodges to help support efforts to shift to clean energy.

Squaw Valley and Alpine Meadows in California aim to be 100% renewable by December 2018. They are working with Liberty Utilities on renewable energy and with Tesla on a microgrid project with battery storage that will store the energy for backup power for the resort and community.

In Michigan, the owners of Crystal Mountain are leading a similar dialogue. Starting with clean energy for the Clipper chairlift, they want to move from 56% carbon-free energy to 100% by working closely with the Cherryland Electric and Wolverine Power Cooperatives. The operators of Crystal have also invested in geothermal solutions to heat and cool buildings.

As an example of the influence of ski resorts, the owners of Crystal Mountain chair Governor Rick Snyder’s Utility Consumer Participation Board (UCPB) in Michigan. They are intervening in a utility rate case on behalf of residential ratepayers in support of the closure of five coal plants.

In Colorado, Aspen Skiing Company and Alterra (its new sister organization) are supporting a proposal by Xcel Energy to close two coal burning power plants. The plan calls for Colorado to shift from 29% renewable energy to 55% by 2026. It would retire 660 MW of coal generation by 2026 and reduce Colorado's emissions 60% below 2005 levels. In March, the Colorado Public Utilities Commission permitted Xcel to present the Clean Energy Plan for consideration as part of the state electric resource plan.

Berkshire East in Massachusetts is one of the only ski areas in the world to generate 100% of electricity onsite. In 2011, it began running a 900 kWh wind turbine. A year later, it leased a site to build an 1,800-panel, 500 kWh solar farm. Berkshire’s wind turbine was made possible by grants from the Massachusetts Clean Energy Center, administered through the Renewable Energy Trust Fund. The resort is also piloting a biofuel electric generator and a microgrid storage system, initiatives that were honored with an Environmental Protection Agency award. Berkshire runs a Renewable Energy Classroom to teach about its portfolio of technologies.

Also in Massachusetts, Jiminy Peak installed a 1.5 MW wind turbine named Zephyr that provides 33% of electrical demand. During the winter when winds are strong, Zephyr provides as much as half the electricity needed. Jiminy received a grant from the Massachusetts Technology Collaborative. The resort also hosts a 2.3 MW community solar facility located on 12 acres—the largest community solar project in the Northeast.

Before the UN COP 21 in 2015, Park City in Utah committed to net zero emissions communitywide by 2032. Similarly, Vail Resorts is pursuing a commitment called Epic Promise for a Zero Footprint. This ambitious plan commits to net zero emissions by 2030, zero waste to landfill by 2030, and net zero impact to forests and habitat.

These goals are dazzling, but all ski resorts could benefit from a 2030 roadmap to inspire them to follow guides for decarbonizing the industry. Heat and transport are additional frontiers for the ski resort industry’s low carbon transition. Globally, the share of heat that is considered renewable is 10% for heating and 4% for transport. At alpine resorts, the north star should be 100% for both.

Why Investors Are Betting on Climate Change

By Sebastian Foot
Industry Insight May 06, 2021

Why Investors Are Betting on Climate Change

By Sebastian Foot
Industry Insight May 06, 2021