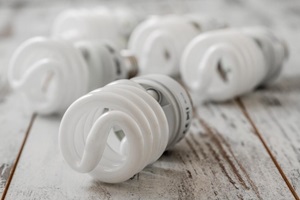 In the United States, California is seen as a leader in energy efficiency policy, due in large part to Title 24, a part of the California Energy Commission’s Energy Efficiency Standards. These standards reduce electricity and natural gas usage in the state, preventing the construction of additional power plants. Title 24 is focused on both residential and non-residential buildings and dates back to 1987. The standards are updated on a roughly 3-year cycle; the current version of the standards went into effect on July 1, 2014 and will be superseded by the 2016 standards, which are set to take effect on January 1, 2017.

The current 2013 standards improved upon the 2008 version for new construction as well as additions and alterations made to buildings across multiple areas, including lighting, mechanical systems, and electrical power distribution, among others. Previously, lighting for non-residential buildings needed to comply with the most current standard when 50% of luminaires were replaced.

However, the 2013 standards increased this requirement, stating that lighting alterations must comply with the most recent standards when as little as 10% of luminaires are replaced, a requirement that is consistent with changes to the ASHRAE 90.1-2010 standard. The 2013 standards also require that non-residential building lighting controls must include continuous dimming or three intermediate levels between on and off settings, compared with the one intermediate level previously required.

The 2013 standard also specified multiple changes to the use of occupancy sensors linked to lighting. Parking garages must incorporate occupancy sensors so that lights on seldom-visited levels can be dimmed or turned off when not needed. Warehouses, stairwells, and corridors must include lighting controls that partially dim lights when the space is unoccupied. In addition, hotels must include occupancy controls linked to all lighting fixtures, including plug-in lighting (such as table lamps) and HVAC equipment.

The 2016 standards will build upon the 2013 iteration in an aim to increase energy efficiency. Under the new standards, non-residential lighting control requirements will be easier to apply in regard to occupancy controls and multi-level lighting. When multi-level controls are needed, they will only be required to allow the user to activate control steps. If the lighting is dimmable, then the multi-level control must be a dimmer that allows for this in addition to a manual on and off function.

The new standards also include new exceptions to multi-level lighting requirements. Public restrooms and areas that are required to utilize full or partial off occupancy sensors are now exempt from multi-level requirements.

The new standards are projected to be 5% more energy stringent for non-residential buildings and 28% more stringent for the residential requirements. As the Title 24 standards continue to evolve and increase their stringency, they have become progressively more significant by increasing energy efficiency requirements for new construction and renovations and retrofits. Title 24 serves as a beacon for other states looking to revise and create building energy standards.

By William Hughes
Industry Insight May 19, 2017

By William Hughes
Industry Insight May 19, 2017