Thinking Outside the Box about Microgrid Technology 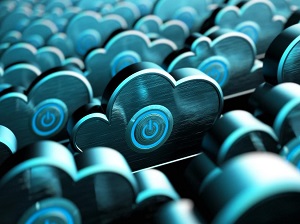 When one hears the word technology, most think of a hardware gadget, something tangible that can be touched and is a literal tool. However, some prominent thought leaders take a much broader view.

Jayant Kumar, global digital grids director for GE Grid Solutions, points to better microgrid master planning tools as a technology vital to bringing the microgrid platform into full commercial viability. In a recent interview, he asked “What we are trying to do is to create a utility in a box. But how do you do that at the right economic scale? What is the right business case?” He explained that with sophisticated planning tools, the assets can be matched up with the right market landscape to reach necessary internal rate of returns to make projects pencil out.

Investments in Microgrid Tech to Rise

Guidehouse Insights will soon be publishing a report on the topic of microgrid enabling technologies (MET). The focus will be on the distributed energy resources—hardware assets—that get wrapped into microgrids. Preliminary findings show combined heat and power (CHP) capturing the largest market share today, but by 2026, the leader is solar PV (with energy storage coming in second place). All told, the hardware assets (biomass, CHP, diesel, energy storage, fuel cells, hydro, solar PV, and wind) will represent approximately $90 billion in cumulative investment over the next decade.

While these numbers are staggering and may make certain investors drool, the key to unlocking the value sometimes hidden in these hardware assets is more nebulous since they delve into the realms of telecommunications, finance, and software technologies—the value of which is more difficult to count and quantify.

In the developing world, there is an acute need for financial products to pave the way for microgrids linked to energy access initiatives. In these markets, it is the proliferation of mobile phones—and the infrastructure required to enable communications (i.e., cell phone towers)—that could also be considered MET. Mobile phones create the infrastructure to enable payment for energy services on an as used incremental basis that is driving growth in smaller scale microgrid systems.

For example, Simpa Networks is one of many innovators bringing energy access through microgrids to developing world markets via the pay-as-you-go model. It installs solar PV systems in households or small businesses and customers pay for the electricity consumed, like prepaid mobile phone plans. The payments count toward the purchase price of the solar PV system so customers will eventually own the system.

The other MET to be sized in my forthcoming report is microgrid controls spending. This is the linchpin software enabling technology that remains the bottleneck to full-scale commercial viability (just ask Duke Energy). The US Department of Energy (DOE) and the Institute of Electrical Energy Engineers (IEEE) are playing critical roles in taking a bit of the mystery out of what is now the magic sauce that makes a microgrid work (or not.)

Perhaps the most interesting initiative was launched by the National Renewable Energy Laboratory (NREL) in what is being described as a shootout under a controller-in-the-loop test pitting controller against controller. Stage 1 involved five vendors in a Microgrid Innovation Challenge where all five vendors competed in managing a simulated highly complex microgrid. The companies competed for 100 minutes on seven performance parameters. Next, NREL will pit two finalists in a real-world hardware environment in December 2017. The winner will be selected as the controller to be used at NREL’s microgrid testing facility.

IoT Bridging the Gap for Intelligent Small and Medium-Sized Buildings

IoT Bridging the Gap for Intelligent Small and Medium-Sized Buildings

By Casey Talon
Back to Top
Press enter to search