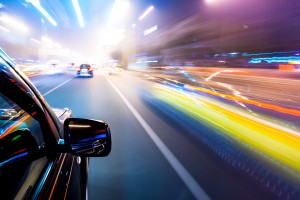 Let’s be absolutely clear about something. As I write these words in October 2017, there are exactly zero self-driving vehicles available for consumers to purchase in America. In fact, Elon Musk’s proclamations and pre-sales of non-existent technology aside, it will likely be at least several more years before an individual can buy a self-driving vehicle. With that in mind, the media needs to stop using the term self-driving in the context of any production vehicle.

In recent weeks, Cadillac has conducted a cross-country media preview of the 2018 CT6 sedan with the first production application of its Super Cruise system. From the event launch in Manhattan to its arrival in Los Angeles 2 weeks later, media outlets including NBC’s Today show, USA Today, Business Insider, and Fortune have referred to Super Cruise as self-driving. In doing so, they are doing a disservice to their own credibility, to consumers, to General Motors (GM), and to every engineer working on automated driving technology.

To its credit, GM itself never calls this self-driving or automated technology. Following the 2014 ignition switch recall, GM instituted new safety review procedures on new products and those changes are reflected in the capabilities and limitations of Super Cruise.

I personally spent nearly 900 miles with the system over 2 days. Within its operating domain, it works very well. But the key is that operating domain or definition of where the system can work. This is a supervised partially automated assisted driving system. On divided highways where there are no intersections, cyclists, or pedestrians, Super Cruise can handle steering, acceleration, and braking with the driver taking their hands and feet off the steering wheel and pedals.

That doesn’t make it automated. As the Super Cruise branding implies, this is a more advanced adaptive cruise control. The driver must still watch the road and be ready to take over when the system encounters a situation it cannot handle such as a construction zone, lane merge, or faded lane markings.

A face tracking camera similar in principle to the Face ID system on the upcoming Apple iPhone X watches for facial and eye movements to ensure the driver is alert and attentive, something no other current ADAS does. Meanwhile, high definition navigation maps prevent inappropriate use on surface streets.

By continuing to call Super Cruise self-driving, media creates unjustified expectations of its capabilities with consumers. GM’s design approach should reduce the sort of misadventures we’ve seen from Tesla drivers on YouTube. However, customers that bought into the media hyperbole may be disappointed with the more cautious assisted driving technologies. Even as the technologies become more sophisticated, customers burned by misleading headlines today may remain skeptical and decide to hold off on future purchases, which damages the overall goal of improving safety on the road.

It’s one thing to take someone like Elon Musk at his word and assume he’s going to deliver what he promises (which he often eventually does, albeit over budget and months to years late). But by inaccurately portraying what a product can and more importantly cannot do, customer interest (and possibly safety) can be compromised. Truly automated vehicles will get here soon enough. Let’s not rush to mislabel.