The Use of Supplemental Food Storage Appliances Takes Off 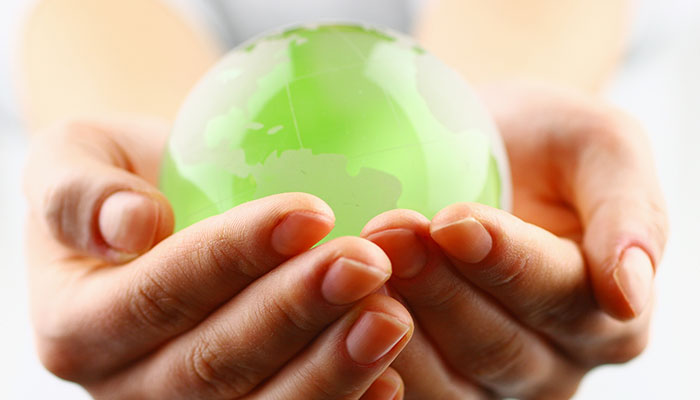 American consumers have a well-deserved reputation for buying appliances that add comfort to our daily lives. According to data from the 2020 Residential Energy Consumption Survey (RECS) from the U.S. Energy Information Administration, more than 40% of homes have a second refrigerator and more than 40% have a separate freezer. Some have both. This practice has become mainstream, more than doubling from 17% of households having a second refrigerator in 2000 to 43% in 2020. Guidehouse Insights estimates that this trend contributes an additional 5 Mt of carbon emissions annually.

The Temptation of Convenience

The data from the most recent and past RECS studies shows that people are increasingly indulging in these conveniences. The largest increase was among single family homes, with 84.5 million homeowners in this category adding more than 19 million new appliances to supplement their primary refrigerator in the space of 15 years.

Figure 1: Presence of Supplementary Food Storage Appliances in US Homes 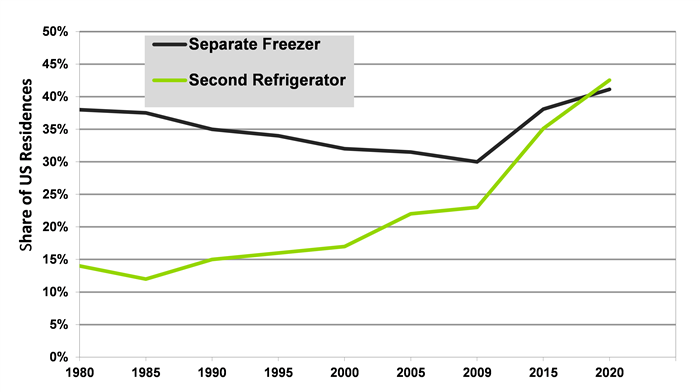 The Reality of Costs

Homeowners know that they are paying for the added convenience when they acquire an additional food storage appliance. They may not be fully aware of exactly how much. A new ENERGY STAR refrigerator will cost $60 to $80 annually. Since second refrigerators tend to be older and are somewhat less efficient, annual electricity costs approach $100. While freezers operate at a lower temperature and might logically require more power, they are not opened as frequently nor do they have amenities, such as cold-water dispensers or automatic ice makers. They cost $50 to $60 annually to operate.

Even if a homeowner acquires their second refrigerator or freezer for free, it is unlikely that merely stocking up on deals for perishable items or bulk frozen items at the grocery store would cover the operating costs of these appliances. The non-economic justifications are the most likely reasons homeowners are willing to pay this premium.

Resistance May Be Futile

According to a recent survey conducted by the Pew Research Center, 80% of the respondents were willing to make changes to help reduce the effects of global climate change. When offered information on the impact of their choice, along with a discount coupon and information on how to recycle the older refrigerator, it can make for a compelling story to update their new, old refrigerator. Many homeowners are likely to accept the offering and mitigate the problems with this growing trend.