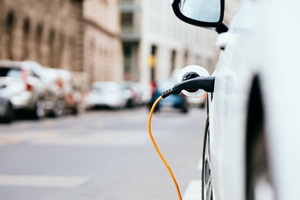 Over the past 2 years, the UK has emerged as the leader in vehicle-to-grid (V2G) innovation. With pilot programs, academic research, and engagement from utilities and automakers, the UK is a hotbed for V2G technology development and partnerships. Guidehouse expects the addressable capacity of global vehicle grid integration to reach over 20,000 MW by 2026, with roughly 2,500 MW in Western Europe. Given the recent uptick of UK V2G pilot programs, it is likely the country will account for a large portion of the forecast capacity. 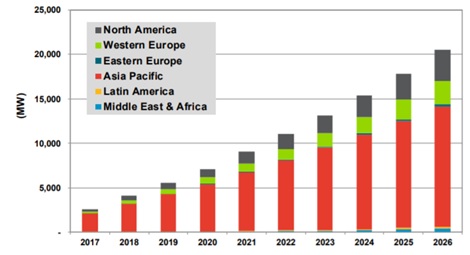 Nissan at the Forefront

Nissan has been at the forefront of many V2G pilot programs around the world, especially in the UK. In March 2016, Nissan began searching for fleets and company car drivers to join a V2G trial that took place later in the year. The trial involved energy company Enel and enabled 100 Nissan LEAF and e-NV200 drivers to provide energy back to the grid via V2G.

In early 2017, the automaker began working with Newcastle University to create V2G charging points for National Grid. The project is ongoing, with the first 10 charging stations located at Newcastle’s Smart Grid Laboratory. The technology itself was born from another partnership between Nissan and Enel.

Nissan’s V2G R&D is now being implemented in a partnership with the UK government. In January 2018, it was announced that Nissan is working with the government to install 1,000 V2G charging points across the country over the next 3 years. The project is part of the Innovate UK program, and has received £9.8 million ($13.2 million) worth of funding from the Office of Low Emission Vehicles and the Department of Business, Energy, and Industrial Strategies. The project aims to determine whether customers have enough financially incentives to provide power back to the grid using their EVs, and whether any regulatory or policy changes are needed. Partners of the project include Nuvve, National Grid, UK Power Networks, and Northern Powergrid.

In April 2018, Bristol, England-based utility OVO Energy announced a new V2G charging station designed to sell surplus energy from EVs back to grid operators. The charger will have 6 kW of bidirectional capability, and was designed in partnership with Nissan. It is the first widely available charger of its kind, but is currently only available to Nissan LEAF customers. The stations will be used as part of the Innovate UK program.

Longer-term V2G programs are also being developed in the UK to develop large-scale, domestic V2G trials in the country. The PowerLoop consortium is one such program, and is developing a project that will install 135 V2G chargers. Over the course of 3 years, the project will collect data regarding cost reduction and gird support. The consortium includes Open Energi, Octopus Energy, UK Power Networks, ChargePoint, Energy Saving Trust, and Guidehouse.

The UK V2G demonstrations are part of a larger electrification effort throughout the country. For example, in January 2018, BP announced its investment in mobile charging unit provider FreeWire, which will run a fast charging research program in the UK. The country has also made a push to electrify its delivery fleet segment with a slew of programs, including a pilot with Nissan and BD Auto.

Reports of new EV-related programs in the UK seems to be a monthly occurrence now, with all signs pointing to a continued increase. Due to the number of V2G pilot programs and electrification programs, the UK is primed to hold onto its leading position in V2G innovation and technology expansion.

India Gears Up for EVs

The Automotive Industry and Brexit

India Gears Up for EVs

The Automotive Industry and Brexit