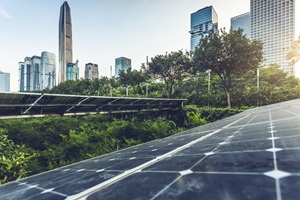 Just a couple of months ago, I wrote a series of blog posts (Part 1 and Part 2) about how the Spanish distributed energy resources (DER) market was gathering momentum as technology costs come down. While energy markets move slowly, the political situation in Europe can change fast.

In an unexpected change of events, the conservative government led by Mariano Rajoy—the one that introduced the so called “Sun Tax”—was ousted by a successful no-confidence motion, and with it, a government that supports a faster energy transition took the helms of the country.

With power in their hands and with a pledge to fight the Sun Tax, the new government could simply scrap the tariff and move to the next thing. But if they do this, they will fail to put the distributed energy industry on a sustainable path.

Past Renewables Integration Is Not Enough

While Red Electrica De Espana (REE) did a good job at integrating renewables build in the late 2000s, Spain’s energy regulatory model is still geared toward a world in which centralized generation is dominant and electricity demand is considered inelastic. If Spain wants to put its DER industry on a sustainable path, it needs to unlock the value of all the energy assets connected to the grid.

The Sun Tax was an attempt of fitting distributed generation (DG) into the old mold, by charging DG for using the grid. While it is true that using the grid has a cost, having DG in the distribution grid also has benefits that were not accounted into the Sun Tax.

Currently, Spain has one of the poorest regulatory regimes regarding demand response (DR) and asset aggregation. Aggregated DR does not have access to the balancing market, nor to ancillary services. Spain does have a program for interruptible contracts, but it is open only to consumers with contracted power above 5 MW.

The only asset group in which aggregation is permitted is generation. Since 2016, DG and renewable energy resources have been able to prequalify and participate in the tertiary reserve. Another issue in Spain is that its capacity market is only open to generation assets, while excludes energy storage (and with it solar and wind + storage) from this market.

To successfully launch its distributed energy segment, Spain needs to restructure its markets to introduce the aggregator figure into its market and treat DR and storage as equals to generation. These changes have been implemented in several European markets; there is no technical reason why they can’t be implemented in Spain.

A First Step for DER

Addressing these issues and not scrapping the Sun Tax will empower the DER sector in Spain. Hopefully the new government will have the vision (and time) to overhaul its electricity market regulatory framework (not just patch it) to satisfy their supporters.