The Role of Renewable Energy Certificates in Community Solar 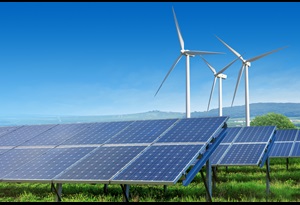 When community solar subscribers sign up for project shares, they will likely feel proud to be getting solar, even if the project itself is far from home. The question for utilities is this: are customers really getting solar? If their project share includes something less than a renewable energy certificate (REC)-bundled kilowatt-hour, how should the community solar program be marketed? Ever since the advent of RECs in the late 1990s, confusion has surrounded these questions, because according to widely held guidelines, electricity is only renewable if the RECs are included and retired.

Yet, policymakers and program designers know that most solar supporters are eager to get the REC value and would gladly trade away this distinction. Should the utility use REC purchases to sweeten the community solar offer or not? Guidehouse, Inc. is currently collaborating on the Community Solar Value Project (CSVP), one of 15 community solar projects chosen for funding in 2015 by the U.S. Department of Energy’s SunShot Initiative under its Solar Market Pathways Program. The project just released a new factsheet, Understanding Renewable Energy Credits, to address this issue.

The REC, defined as the renewable energy attributes of 1 MWh of renewable electricity generated and delivered to the grid, is a concept originally developed for three main reasons. These include federal agency, business, and industry interest in purchasing green power; state-sanctioned accounting to meet renewable energy mandates; and added economic benefits in negotiating power purchase agreements to cover renewable energy project costs.

REC guidelines apply to all renewable energy, including community solar. The most common REC allocation options for community solar programs include:

According to a September 2015 National Renewable Energy Laboratory report, RECs for community solar projects are most often used to meet Renewable Portfolio Standard compliance. Considerations affecting how specific programs treat RECs include program goals, regulatory orders, negotiations with solar developers, and program economics. Many utilities with community solar programs claim that customers either don’t understand or don’t care about the RECs. In some cases, RECs are retained by the utility and aren’t even explained to customers.

Xcel Energy’s Community Solar Garden program in Minnesota has taken an interesting approach, allowing third-party community solar project operators to decide whether to retire RECs on their customers’ behalf or to sell them to the utility for $0.02/kWh-$0.03/kWh. Initially, the Xcel managers thought most third-party project operators would sell the RECs to the utility to improve their economics, but subscribers have been more interested in retaining the RECs than originally assumed.

The Battle for the End Consumer: Residential PV and Battery Business Model Innovations in Germany

The Battle for the End Consumer: Residential PV and Battery Business Model Innovations in Germany