The Race to Control the Automated Vehicle 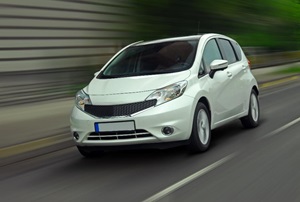 Since the birth of the automobile, manufacturers have raced to claim the most power and best performance. The continuing evolution of the internal combustion engine has been a key component in that competition. That’s all about to change. As we begin the transition to automated and electrified vehicles that are programmed to obey speed limits and play nice with other road users, the performance benchmark for satisfying those in the vehicle shifts from the propulsion system to the computing platform, with both old and new players trying to grab a slice of the prize.

The situational awareness needed by highly automated vehicles (HAVs) requires data from sensors and communications links to be fused into a coherent, real-time 3D image of the space around the vehicle. Current semi-independent systems such as stability control, adaptive cruise control, and lane keeping assist each use discrete sensors, electronic control units (ECUs), and related software. More limited feature set and sensor inputs allow them to work with relatively low powered processors by modern computing standards.

Those aging, low power processors simply aren’t up to the task of managing HAVs. Thus, we have the integration of these systems under a single umbrella computing platform with more input signals than ever. During early development of automated driving, vehicles were packed full of server racks to handle the necessary processing. Production viability requires that to be condensed down to a much smaller package that consumes far less electrical power than the kilowatts used by those servers with reduced heat generation.

Best known for its graphics processors used in video games and editing, Nvidia has grabbed headlines with its Drive PX2 development platform. At just $10,000, this is an ECU for automated driving development utilized by many of the companies working in this space. It is currently too expensive for mass production. At the 2017 CES, supplier ZF announced that it would commercialize this platform as the ProAI ECU in 2018. Bosch made a similar announcement in March, but it will use a repackaged version that combines the graphics processing unit (GPU) and CPU into a single unit. Toyota recently announced that it too would use the Nvidia platform.

Meanwhile, Intel is moving aggressively to expand its footprint in the HAV space. In 2016, BMW announced that it was building its automated driving technology using Intel CPUs and chips from Mobileye for sensor processing. Supplier Delphi is using the same combination with its own software in its multi-domain controller ECU. The current market leader in vision systems for lane keeping assist and collision warning, Mobileye’s next-generation chips are considered so capable that Intel decided to acquire the company for $15 billion. This follows Intel’s 2015 acquisition of Altera for its powerful field programmable gate array (FPGA) processors. Combinations of Intel CPUs, Altera FPGAs, and Mobileye sensor processors are now being made available to manufacturers as the Intel Go platform.

The traditional automotive chip suppliers don’t intend to be left out of the competition either. NXP, which was spun off from consumer electronics giant Philips, acquired Motorola spinoff Freescale in 2015 and is currently in the process of being acquired by Qualcomm as part of a larger effort to power HAVs. Japanese supplier Renesas already provides processing power for many driver assist systems and wants in on the HAV action as well.

With performance, reliability, and thermal management more important than ever in HAVs and the market projected to grow into the tens of millions of vehicles annually by the late 2020s, don’t expect to see any slowdown in the evolution of these computing platforms anytime soon.