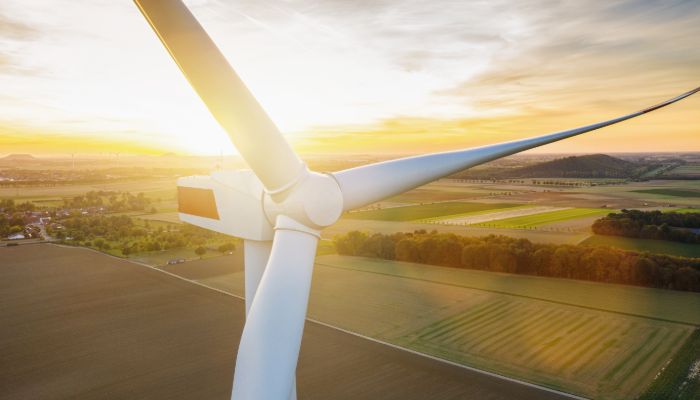 In a previous blog post, I examined the viability of colocating solar PV with agriculture—a combination that has the potential to yield significant benefits for farmers. But not only solar pairs well with agriculture. The colocation of wind energy and agriculture can also be beneficial to farmers by generating additional income and serving as a means of insurance, thanks to the stable income it can provide.

Where There Are Farms, There Is Wind

Wind and agriculture pair well. The two maps below illustrate this point well. The first is a map showing the annual average wind speed in the US, and the second is a map showing the share of land under cultivation in the US. These maps present significant overlap between farmland and land suitable for wind development. The wheat-producing states of the Great Plains and the maize-producing states of the Midwest are well-suited to wind development in particular.

Each wind turbine can take up less than half an acre of land, often far less than what would be needed for a solar farm. It is possible for farmers to plant crops and graze livestock right up to the base of the turbines and therefore make use of about 95% of the land in the immediate area around the turbine.

Annual Average Wind Speed at 80 m in the US 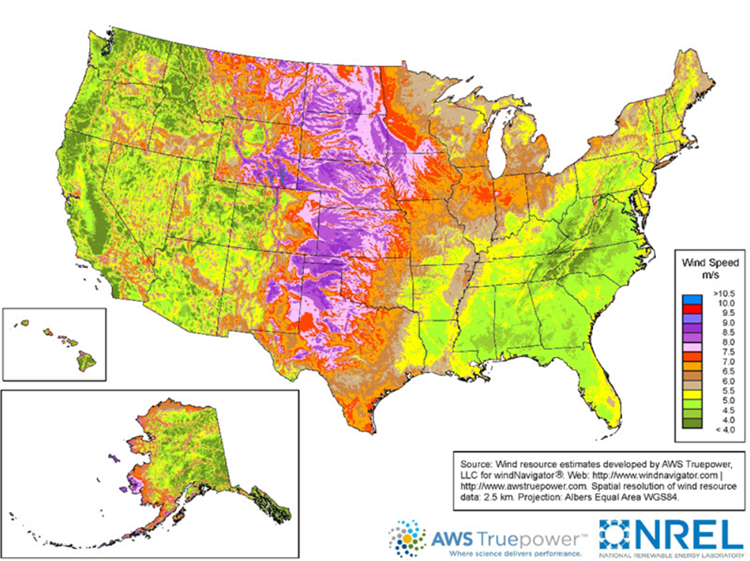 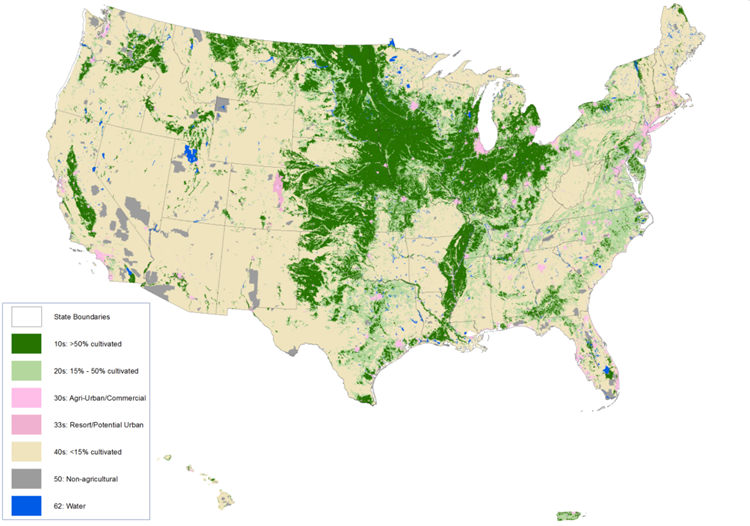 (Source: US Department of Agriculture)

Wind generation in agriculture is beneficial in that pairing wind with agriculture leads to a virtuous cycle, in which the additional income generated by the turbines can be reinvested back on the farm. According to a survey conducted by the University of Michigan in 2014, landowners with wind turbines on their property invested twice as much money in their farms over the last 5 years compared with their neighbors without wind turbines. These investments went toward improving aspects of the farming operation such as farm equipment and irrigation and toward buying more farmland. While landowners with turbines may already be in a better financial position or more likely to experiment with new farming methods, these results still show that wind turbines have the potential to improve the land in the long term by allowing famers to invest more in their farms.

Do Wind Turbines Negatively Affect the Productivity of Adjacent Farms?

Thankfully, no. A study by Tengjiao Chen at the University of Illinois at Urbana-Champaign examines how wind farms may affect agricultural production via microclimate effects. Chen finds that the development of wind energy has a significant positive effect on nearby crop yields—revealing that a 50 MW increase in installed wind capacity will increase soybean and corn yields by 1.3% and 2.4%, respectively. Changes to the microclimate were the primary driver for increased crop yields, with results indicating that sizable wind farms decreased the number of growing season extreme degree days (defined as days above 30°C during the growing season) by 2.2%-2.6%.

In summary, farmers in the Great Plains and the Midwest are well-situated to benefit from installing wind energy. Research suggests that wind turbines do not have a negative effect on crop yields—if anything, they can increase yield by reducing temperature extremes. Farmers who have installed turbines on their property benefit from the additional income and are more likely to reinvest that money to ensure the sustainability of their farm operation.