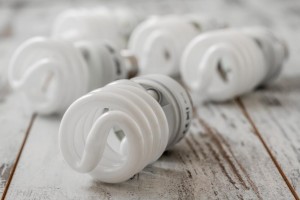 Humans are visual creatures. Accordingly, the type of light we are exposed to can affect human behavior. Unfortunately, though, the extent to which light affects the brain is not well-known. Indeed, we understand very little about the brain overall, but the extent to which light affects the brain has until recently been largely unstudied. The emergence of LED lighting has enabled scientists to design experiments to ascertain what links exist between light and behavior. LEDs have immense controllability; they can be turned on and off rapidly (even faster than the human eye can perceive) and their color and brightness can be easily tuned. As scientific studies establish the myriad connection between light and behavior, lighting is expected to become an increasingly important part of business strategy, and not just the purview of a facilities manager.

Do You Want Fries With That?

A recent study published in the Journal of Marketing Research quantified the impact that lighting in restaurants has on what and how people eat. The researchers found that brightly lit rooms prompted diners to be more alert, increasing the likelihood of ordering healthy foods by 16%-24% over orders in dimly lit rooms. The study attributed the difference to alertness through comparison of results to follow-up studies that increased diners’ alertness through the use of a caffeine placebo or by prompting diners to be alert.

The human responses to lighting are not limited to inside buildings, either. The American Medical Association issued guidelines for communities to select LED lighting options to minimize potential harmful effects. LEDs emit more blue light than conventional lighting. Though the blue light appears white to the naked eye, it can worsen nighttime glare and decrease visual acuity. Additionally, blue-rich light adversely suppresses melatonin and can potentially lead to reduced sleep times, dissatisfaction with sleep quality, excessive sleepiness, impaired daytime functioning, and obesity. The effects are not limited to humans—outdoor LED lighting can disorient some bird, insect, turtle, and fish species.

The Future Is Bright

Lighting is ubiquitous in the built environment, and as such, the potential to modify human behavior is immense. In the future LED utopia, it will be easier to wake up in the morning, eat healthily, be more productive at work, and be a better person. Beyond personal implications, lighting presents opportunities to businesses as well. Whether it is attracting top talent or increasing sales, many of the challenges businesses face may be addressed by lighting. As we better understand the impact of light on behavior, savvy businesses will be able to translate this effect into better performance.

You Might Not Want to Know Who’s Minding Our Grid

You Might Not Want to Know Who’s Minding Our Grid