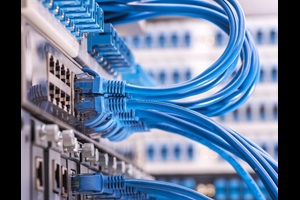 Humans have amazing analytical capabilities; it has taken decades and some of the most powerful computers ever produced to finally challenge and beat top-level chess players due to the complexities of the game. Now, however, we are seeing autonomous cars driving themselves on our roads, and more and more automation is creeping into basic the technologies that we use every day.

The same is true for commercial buildings and other related energy equipment and technologies.  Automation is taking over tasks and settings that were either normally left alone or adjusted based on a human’s intervention or intuition. The difference between a human and a machine with built-in intelligence lies in focus and attention span. Computers don’t lose focus, nor do they get bored, tired, or stressed; humans do. That’s why it makes sense to let computers check and recheck a setting or make an adjustment to a piece of equipment a couple of hundred times per second, 24 hours a day. Humans simply cannot do this kind of work.

So why is automation so complex, and why is it taking so long to implement into something that a computer can do? First off, a human has to understand any automated tasks and translate them into a language a computer can understand. But that’s not all; new sensors need to be designed and built, software has to be written, and computers require more power to run these automated processes.

Automation is an evolutionary step to a market dynamic that started years ago with the advent of big data. While many touted the benefits of how much data they were collecting, as it turns out, data can be meaningless, useless, and even costly. A facilities manager can’t do much with a terabyte of building system data collected every day. A computer, however, is a different story.

After years of collecting data, many industries are now starting to understand how it can be used to make significant differences in the efficiency and optimization of equipment operations. They are also starting to take a more holistic view of how disparate pieces of equipment actually work together as an ecosystem of technology to serve a common purpose.

There is still a long way to go. Companies that have started the process of assessing their capabilities in this area will have a significant market advantage over those that have not, and the ones that have an automated offering are already industry leaders. In the near future, it may be the case that a company that does not have some form of automation or intelligence in its commercial building efficiency product or service will have little chance to compete.

By Sasha Wedekind
Back to Top
Press enter to search