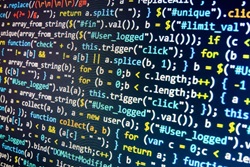 This is Part III of a series. Part I is

here, and Part II is here.

In Part II, I wrote about how Bitcoin miners are incentivized to invest in power-hungry facilities as long as Bitcoin’s value is high. I also said that a crypto energy apocalypse is unlikely. It's time to zoom out from the mechanics and look at the larger trends that shape miner behavior and proof of work (POW)-based energy consumption: local environment, regulations, and technology.

As I discussed in Part II, being a successful miner is all about minimizing costs, and local environments can have a big impact on a miner's bottom line. For large-scale facilities, miners prefer cool climates where abundant, cheap electricity exists. In the US, the Pacific Northwest is attractive for its abundant hydropower, which keeps electricity prices in the lower quartile of the national range.

Mining farms are made up of thousands of shoebox-sized units, which allow them to be highly mobile. If changing regulations makes one area unfavorable, miners will move to a new area that meets their needs.

These forces are already at work—crackdowns in China have led miners to search for greener pastures in North America, Iceland, Sweden, and similar locations.

Since mining is tied to digital currencies, regulations that affect how Bitcoin and other cryptocurrencies are taxed and controlled influence the profitability of mining operations. For example, the US Securities and Exchange Commission could regulate currencies as securities. Governments also target the exchanges where miners convert digital income into real money.

Likewise, countries and municipalities are regulating mining directly, either through outright bans or by forcing miners to pay higher electricity rates. That's because mining farms with demand in the tens of terawatt-hour range tend to overwhelm local electricity production and drive up rates for residents.

The most significant trend is technology evolution. Bitcoin is old technology by blockchain standards—it is notoriously slow and inefficient for most transactions. Newer technologies, like IOTA Foundation's Tangle, resemble blockchains and can support digital currencies but are faster, more efficient, and do not include mining.

If Bitcoin and Ethereum survive the competition, they may still replace POW. Ethereum is preparing to switch from POW to proof of stake (POS), which eliminates mining. Once POS is deployed, Ethereum's roughly 18 TWh of annual electricity demand will vanish overnight. Dozens of alternatives to POW exist, and a precious few include mining.

Miners who have invested millions into massive facilities won't go down without a fight. When Ethereum releases POS, its community will likely fork into two networks: one with POW and one with POS (it happens often).

But because digital currencies are electronic, users can switch networks quickly and easily. A user exodus causes network value (and miner revenue) to crash: one unit of Bitcoin Cash, which forked from Bitcoin in 2017, is now worth 10% of 1 Bitcoin; Ethereum Classic, which began as a fork of the Ethereum network, has since lost 97% of its value. As we saw in Part II, large mining facilities aren’t sustainable in a low value network.

Outside of cryptocurrencies, POW is already obsolete. Of the more than 160 companies developing energy blockchain applications, not one is building with Bitcoin. And those using Ethereum are poised to switch to a more efficient network.

POW is dying a slow death, strangled by regulations and left behind by more advanced and useful technologies. Its energy consumption will die with it.

By Dean Koujak
Back to Top
Press enter to search