Remote regions of the world have proven to be fertile ground for microgrid innovation, as noted in a new Guidehouse Insights white paper codeveloped with the University of Alaska. This innovation flows from the challenges associated with providing reliable electricity without the benefit of traditional transmission and distribution systems. It also comes from the economic pressures associated with the high cost of delivered energy in markets with many areas of low per capita income.

The circumpolar Arctic is made up of the eight nations with territories above the Arctic Circle: the US (Alaska), Canada, Russia, Greenland, Iceland, Norway, Sweden, and Finland (as shown in the following figure). 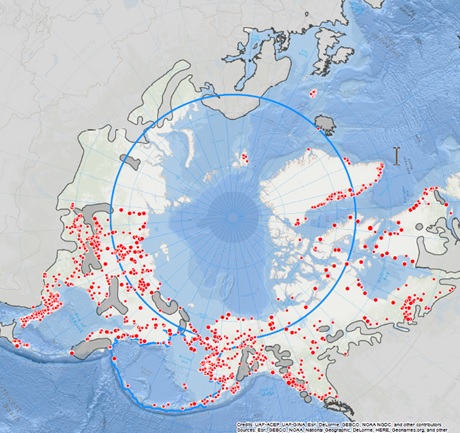 Within the circumpolar Arctic, there are two models for how electric power services are delivered: centralized and distributed. Sweden, Norway, Finland, and parts of the Russian Arctic are grid connected to the larger European Union energy network or the Russian National Energy Grid and do not rely on microgrids. These countries incorporate high proportions of renewable resources but do so in a more traditional hub-and-spoke model. The model usually has larger projects where resources exist and power is sent to distant locales via an extensive and robust transmission network. These nations reflect a traditional approach to renewable energy development revolving around large, centralized renewable energy systems that benefit from economies of scale.

In contrast, Alaska, Greenland, the Canadian Arctic, and large portions of the Russian Arctic are not interconnected with a traditional power grid. Over 1,500 communities with a total population exceeding 1.5 million inhabitants across this region rely on locally generated power. Most of these remote communities are served by some form of a microgrid.

Alaska stands out as a hotspot for microgrid innovation. The state leads all US states in terms of total microgrid capacity, capturing 50% of the total US market (see chart below). Development of this niche market was driven by high energy costs and relatively low subsidies compared to other similar remote microgrid markets. 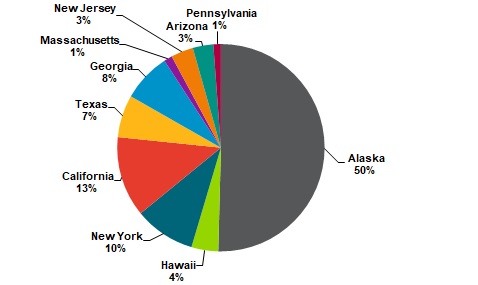 A Focus on Thermal Energy Innovation

Given the cold climate, Alaska is particularly adept at allowing microgrids to offer thermal energy services (as is the rest of the circumpolar Arctic). For example, Alaskans often find ways to add load in a controlled manner to achieve high contribution levels of variable wind resources. In this manner, excess wind generation is converted into useful thermal energy. This conversion of excess electric power to heat is sometimes accomplished via dispatchable electric heaters in individual residences, or centrally to heat a single large facility, such as the hospital in Kotzebue. By controlling thermal loads via central dispatch strategies and using modest amounts of energy storage, Alaskans have been able to achieve impressive results in the incorporation of renewables on microgrids. They have frequently achieved 100% or greater instantaneous penetration of renewables, and in some cases have turned off diesel generation entirely and relied 100% on renewable energy when the resource (usually wind power) is available. Dispatchable thermal loads (including cooling in certain instances) have been a key ingredient in Alaska’s microgrid success due to the relative simplicity of this strategy.

A highly decentralized and deregulated energy market served largely by public utilities has resulted in many Alaskan communities taking a holistic approach to energy management. The know-how derived from Alaska’s experience is especially relevant to emerging economies where existing grid infrastructure is weak or nonexistent.

Remote Microgrid Players Lead on Innovation Out of Pure Necessity

Unpacking the Value of Resiliency That Microgrids Offer

Remote Microgrid Players Lead on Innovation Out of Pure Necessity

Unpacking the Value of Resiliency That Microgrids Offer