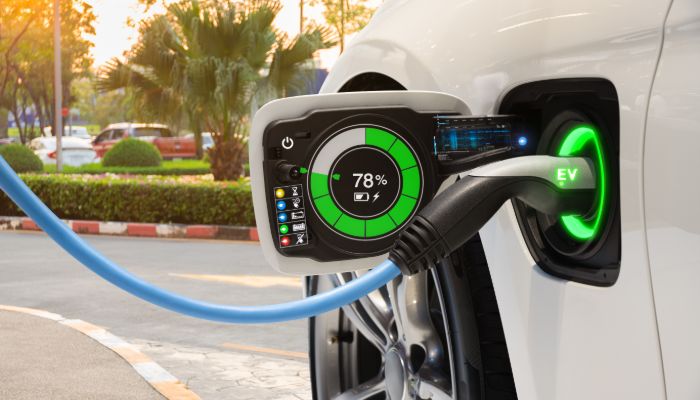 During Tesla’s Battery Day event, Elon Musk announced an ambitious slate of innovations. In addition to a new manufacturing plant, Tesla aims to produce 3 TWh of energy per year by 2030. Musk offered a transparent, detailed breakdown of the battery production process to lower costs and improve productivity. Altogether, the slate of innovations will generate a 54% increase in range, a 56% decrease in the $/kWh pack price, and a decrease in capital investment needed for manufacturing. That said, a key takeaway from the event was the announcement that Tesla will use lithium iron phosphate oxide (LFP)-based batteries for stationary storage applications. This announcement highlights how the demand for EVs and stationary storage drives manufacturers to innovate and specialize their product offerings for each market.

The energy storage market for stationary grid applications and EVs has grown exponentially over the past 5 years. The falling prices and improved performance of lithium ion (Li-ion) batteries have largely fueled this growth. Global Li-ion manufacturers have invested billions of dollars to expand production capacity to meet the new demand for Li-ion batteries across both market segments. This manufacturing growth continues to drive battery prices lower, with continued price declines expected for the coming decade. 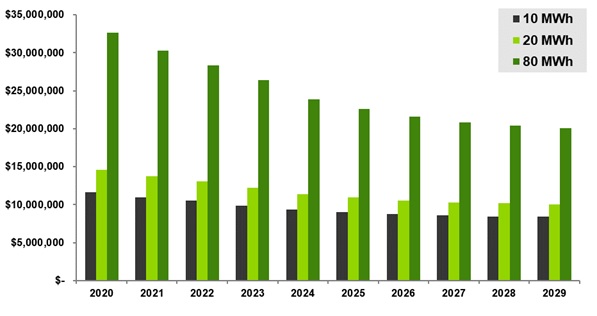 Since 2015, an additional 187.5 GWh of annual production capacity has come online globally with the introduction of new factories. Additional factories have been announced with planned commissioning dates in the next 4 years, which should add a combined 93.5 GWh of production capacity according to Guidehouse Insights’ report, Market Data: Energy Storage Pricing Trends.

Why LFP for Stationary Storage?

In 2015, LFP batteries accounted for only 10% of the stationary storage chemistry market. However, between 2018 and 2019, following the meteoric rise of EV and stationary storage deployments, shortages of nickel manganese cobalt (NMC) batteries (the leading market battery chemistry given its high energy density) enabled LFP vendors’ entry into the market at competitive prices. While NMC battery shortages initiated this transition, the pressing need for high cycling capabilities and high frequency for stationary storage—areas where LFP batteries shine—is expected to drive increased LFP adoption in the long run.

The Battery Chemistry Divide Is Set to Grow

Discharge duration hours for stationary storage continue to increase while more projects move beyond short-term applications to include a wider spectrum of longer duration services such as energy arbitrage, firm capacity, or renewables integration. Due to these factors, LFP batteries are expected to gain a greater share of the battery market. While Musk’s recognition of these market trends on Battery Day may not have generated the same fanfare as the unveiling of a new Tesla model car or truck, its significance shouldn’t be diminished. Battery storage technologies play an important role in the global transition to a low carbon energy future.