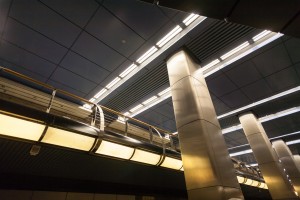 In my initial blog in this series, I discussed seven megatrends that are fundamentally changing how we produce and use power. Here, I discuss how merging industries, new entrants, and colliding giants are changing our industry.

The power energy industry (the generation, transmission, and distribution of electricity) is not the sole territory of the incumbent utility anymore. Several players from other industries, including oil & gas (O&G), technology, retail, telecom, security, and manufacturing, are trying to get into the game. Guidehouse sees many cross-industry movements, and one of them is increased crossover investments between the electric utility and O&G industries. Besides pursuing mergers and acquisitions, which I discussed in one of my previous blogs, we see investments in new areas of opportunity like renewables, distributed energy resources (DER, including distributed generation, energy efficiency, demand response, storage, etc.), transportation, smart infrastructure and cities, and energy management.

As an example, in April, the French supermajor Total announced the creation of a Gas, Renewables and Power division, which it said will help drive its ambition to become a top renewables and electricity trading player within 20 years. According to a statement by the supermajor, “Gas, Renewables and Power will spearhead Total’s ambitions in the electricity value chain by expanding in gas midstream and downstream, renewable energies and energy efficiency.” Other companies, like ENGIE and Shell, have made similar announcements.

A Total Gas Station in Paris 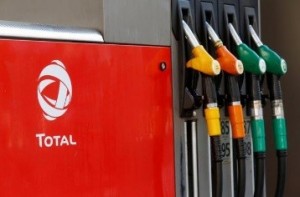 The large incumbent players in the energy industry are under pressure. And the way things are unfolding now, it doesn’t seem like this will change anytime soon. Time to make some minor tweaks? Change course more drastically? Or completely reinvent ourselves? These are discussions that are taking place more frequently at the board and executive levels of the incumbent players.

Electric utilities are under pressure because consumption growth is minimal and, in many cases, flat to slightly negative. The average consumption per customer (both residential and commercial) is declining due to self-generation, energy efficiency, demand response, etc. As a result, revenue is declining. Costs are increasing because of needed investments in a safe, reliable, cleaner, and more distributed and intelligent electric power grid. Utilities are identifying new revenue streams and thinking through new business models that will bring shareholder value going forward.

Oil companies are under pressure because of the continued low oil price. Ever since the oil price dropped to historic lows in 2014, the struggles of the industry have been daily news. Short-term hopes for a recovery were tempered significantly by the outcome of the recent OPEC meetings in Doha. Oil companies are looking for ways to survive by taking out costs, reducing their upstream capital investments, and shutting down unprofitable assets. They are also looking for new opportunities to grow revenue and future shareholder value.

In the last couple of months, I’ve attended several meetings with CEOs from large utilities and O&G companies. It is remarkable how their views on what is happening in the energy space are so similar. What is even more interesting is that their strategies to address the challenges and opportunities are almost identical.

Here is what they say is happening:

And here are the strategies of large utilities and O&G companies going forward:

For example, Total’s Chairman and CEO Patrick Pouyanné states, "The goal is to be in the top three global solar power companies, expand electricity trading and energy storage and be a leader in biofuels, especially in bio jet fuels." To this end, Total announced last month that it is acquiring Saft, a designer and manufacturer of high-tech batteries for the manufacturing, transportation, and civilian and military electronics sectors. The company reported sales of €759 million ($856 million) in 2015 and employs more than 4,100 people in 19 countries. “The combination of Saft and Total will enable Saft to become the group’s spearhead in electricity storage,” Chairman and CEO Pouyanné said in a news release, “The acquisition of Saft is part of Total’s ambition to accelerate its development in the fields of renewable energy and electricity.”

Transport electrification, the increased use of biofuels (including bio-jet fuels), and the use of hydrogen to fuel vehicles are all on the rise. These alternative fuel vehicles will slowly but surely replace existing carbon-based transportation fleets, which represent approximately 35% of the global demand for oil. Now there are reports of 500,000 committed purchases of the Tesla Model 3. If Tesla can produce 500,000 cars a year, with models that are in the $30,000-$40,000 price and 200-plus-mile range, this will be another tipping point and game changer for EVs.

Meanwhile, as part of the smart city movement, cities are examining the sources and efficiency of their energy in order to reduce their greenhouse gas emissions and energy costs. In the process, cities are becoming more ambitious and proactive in setting energy strategy. They are seizing opportunities to work with utilities and other stakeholders to create new urban energy systems. The emerging vision is of a smart city with integrated large- and small-scale energy initiatives, including major infrastructure investments, citywide improvements in energy efficiency, and distributed energy generation. As a result, both utilities and O&G companies are increasingly interested in becoming even more engaged with new transportation concepts and innovation (well beyond fuel) and smart cities.

Do the above examples represent some isolated, small adventures in crossover investments, or do they mark a trend toward two mega-industries (electric utility and O&G) colliding across the entire energy value chain and looking for shareholder value? Time will tell. What is certain is that there will be winners and losers.

There is a clear push for new revenue streams and growth opportunities given the current oil price situation. But we see also new, longer-term threats that will force the incumbent players to reinvent themselves and become broader energy companies. The industry giants seem to be in the best position to be the winners—and ultimately, they have no choice. After all, these are still the biggest companies in the world, and they have a huge shareholder interest that needs to be fed into the future. They simply are not going to declare “game over,” return the equity to the shareholders, and then advise them to go find new companies to invest in.

This post is the seventh in a series in which I discuss each of the power industry megatrends and the impacts (“so what?”) in more detail. My next blog will be about the emerging Energy Cloud. Stay tuned.