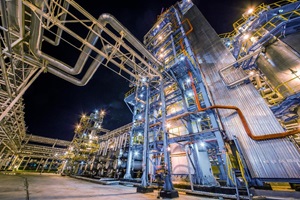 Dale Probasco and Rob Patrylak also contributed to this post.

In the initial blog of this series, I discussed seven megatrends that are fundamentally changing how we produce and use power. Here, I discuss how the shift in the power generation fuel mix is changing our industry.

The electric grid in the United States has relied heavily on nuclear and coal-fired plants to serve as baseload generation for the overall system. According to the U.S. Energy Information Administration (EIA), U.S. electric generating facilities expect to add 26.1 GW of utility-scale generating capacity in 2016. Most of these additions come from three resources: natural gas (8 GW), solar (9.5 GW), and wind (6.8 GW), which together make up almost 93% of total planned additions.

The Guidehouse Energy Market Outlook has projected this level of expansion in natural gas and renewable assets for several years. For 2016, Guidehouse expects higher natural gas (16.3 GW) and solar (13.2 GW) expansions than EIA is projecting. Guidehouse forecasts wind expansion will be lower at 6.1 GW, suffering a bit from extremely low natural gas prices and the ongoing decreases in installed costs for solar (decreasing faster than the installed cost of wind).

This shift toward natural gas and renewables will continue as many different factors affect generation fuel strategies, resource plans, and decision-making. Among these factors are sustained low natural gas prices (see Guidehouse’s natural gas price forecast), state and federal renewable incentives, the implementation of environmental regulations such as the Mercury and Air Toxics Standard, and the threat of new carbon legislation such as the Clean Power Plan (see also my earlier blog in this series on this topic). Today, this shift is accelerating even more because of increased interest from customers in renewable power (customer choice) and the rapidly declining installed costs, which are making renewables more competitive with traditional fuel sources (including coal and nuclear).

What Does This Mean to Generators?

As a result, the economics have changed and some of the existing (coal and nuclear) assets are experiencing eroded profit margins. These margins, in turn, are resulting in challenging economics and, in some cases, significant devaluation. Increasingly more generation assets are at risk of becoming stranded investments, as the fuel mix is shifting more quickly than anybody envisioned. Coal-to-gas switching has caused coal plants to consider retirements and, with low gas prices and the impact of renewables off peak, there is more pressure to decommission nuclear assets. There have been several early shutdowns, confirmed announcements, and threatened early shutdowns in recent years, including the recommendation from Omaha Public Power District (OPPD) management last week to discontinue operations at its Fort Calhoun nuclear station. Generators are reevaluating the role of each of their plants, as well as how and if the plants should fit into their portfolio, leading us to the following observations:

As evidenced by Guidehouse’s Generation Knowledge Service (GKS), the average capacity factor of coal plants has declined by 20%-30%, which translates to a 20%-30% drop in gross revenue opportunity. Very few companies can easily adapt to this type of drop in gross revenue. At the same time, driven largely by increasing amounts of variable renewable generation, these coal plants have been asked to perform more as cycling plants, which drives up overall operating costs and reduces efficiency. To deal with the combination of lower realized revenue and higher operating costs, companies are evaluating their plants to determine if they can survive in the new world or if they should be repowered or retired. They are actively seeking new ways to reduce costs through fewer planned outages and higher operating efficiencies while maintaining high reliability to support the increased use of variable generation.

And to Make Things Worse: The Move from Big to Small Power

Additionally, with the rapid growth of distributed generation (DG), all central generation (coal, gas, nuclear, and wind) will face more changes in their role on the grid. DG installations are expected to reach 19 GW in 2016; thus, DG is growing faster than central station generation (26.1 GW additions, minus 7.9 GW retirements, using the referenced EIA forecast). On a 5-year basis (2015-2019), DG in the United States, with some variance by region, will grow almost twice as fast as central generation (98.4 GW vs. 57 GW).

As a path forward, generators must clearly define the mission of each generating unit to understand their new role and how to survive economically. To succeed, companies must do the following:

An understanding of the above data points and how they affect your company and the rest of the industry is crucial to shaping our energy future. Guidehouse can help you develop and use this information to influence the key decision makers, regional transmission organizations, and state agencies that are shaping the future of the industry. If you’re not sitting at the dinner table shaping a future that works best for your company and your customers, then you just might be the entrée.

This post is the fourth in a series in which I will discuss each of the megatrends and the impacts (“so what?”) in more detail. My next blog will be about delivering shareholder value through mergers and acquisitions. Stay tuned.

What Is the Future of Gas?

What Is the Future of Gas?