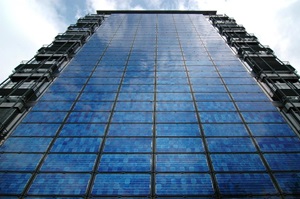 On August 24, Sunrun—the last of the large independent US solar providers—announced an agreement with Comcast, a leading cable provider in the country. The two companies plan to launch a strategic partnership to offer Sunrun’s services to Comcast’s clients.

Sunrun was founded in 2007 and found success innovating new ways to finance residential solar installations such as solar leases and power purchase agreements (PPAs). It created the solar as a service (SOaaS) business model, which became the foundation for the growth of the sector between 2010 and 2015. Until 2014, it seemed that solar leases and PPAs—grouped as third-party ownership in California’s Interconnection Applications Data Set—were going to be the winning business model in the SOaaS industry. These leases allowed large players to both increase the market size and displace local installers. 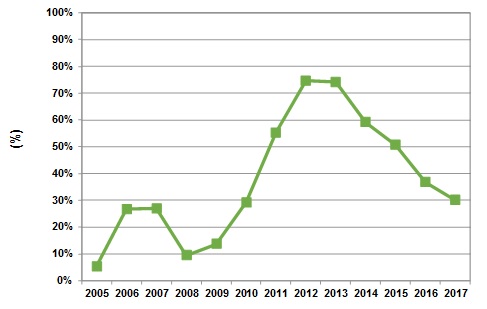 Under these circumstances, it is not surprising that Sunrun is looking for new and cheaper ways to attract customers. Even if this partnership with Comcast costs Sunrun its independent status, it may be worthwhile if the strategy is successful.

What Is in It for Comcast?

Comcast has shown interest in the energy sector in the past, and its Xfinity Home service includes a smart thermostat as one of the offerings. However, scaling it into a full-fledged energy solution would be costly, as Comcast would need to build a new team from the ground.

For Comcast, this partnership offers a relatively cheap entry into the solar and energy markets in which it can rely on its core skills (customer acquisition and management) without having to invest significantly in a new product. If successful, Comcast can push a more aggressive strategy into the energy sector either through Sunrun or with its own product.

Customers of Comcast and Sunrun could also benefit from this partnership. The companies can put together a convincing solution for home automation by tapping on their offerings on the two main services around home automation—security and energy.

The success of this partnership will depend of Comcast’s ability to cross-sell energy services to its current customer base. Comcast operates in a market with limited competition and high barriers to entry, which is different from the solar market. The sales process of solar is also different from that of cable. Solar is a long-term investment (even leases and PPAs require long-term contracts). Therefore, customers take long before making a final decision and, in some cases, it will require home visits before the deal is closed. This means that Comcast cannot simply add solar to its bundles. It will have to invest in training its sales force if it wants to sell solar services effectively. It won’t be easy, but if Comcast succeeds, it may signal a new era for energy.