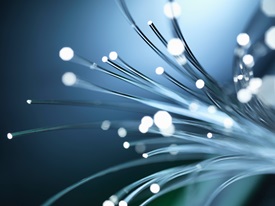 The importance of microgrid controls is paramount to the success of any microgrid project. It is the most important aspect of any microgrid’s performance, but is also the technology component stack that is the least understood.

The Stone Edge Farm microgrid in Sonoma, California has emerged as the poster child of microgrid innovation in the US. With eight different kinds of batteries incorporated into a single microgrid that produces hydrogen for use in vehicles, one could argue that it represents the bleeding edge in microgrid technology innovation.

Innovate for the Future: Open Source

Perhaps its most radical idea—cooked up by Craig Wooster, the project engineer for the project—is the release of an open source controller developed at the farm out of necessity. “I was pretty disappointed with the controllers we’ve tested at our microgrid, both by performance and the cost,” he said. Wooster instructed his interns to attack the problem of controls—and they have apparently delivered.

The watershed event was the wildfires that swept through Sonoma County last October. Wooster elected to run the microgrid in island mode for 10 days based on a controls system developed at the farm dubbed the Helia IQ optimizer, a distributed controller that did not require any instructions from a higher level master controller. Guidehouse Insights believes that this distributed approach is where the industry is going, especially when responding to immediate threats to grid stability.

“Our plan all along has been to create a place where innovation can take place. And that’s what we’ve done,” Wooster added. During the fires, there was no internet (or Ethernet) to enable communications between devices, so a distributed, autonomous approach was the only way to go. The resulting controls product has been labeled as Breeze and will be available for microgrid hosts and vendors this September. Wooster thinks this open source controls approach will help accelerate growth in commercial and industrial (C&I) microgrids, which Guidehouse Insights is projecting will be the fastest growing microgrid market segment over the next decade.

“The high cost of controls is often a major barrier for C&I customers to adopt microgrids,” observed Wooster. “With this distributed, open source approach, one can build up a microgrid like Lego blocks, and incrementally grow a microgrid in step with the internal growth of the company,” he added. While he observed larger controls vendors such as Siemens may view this open source approach as competition, Wooster believes these companies can dedicate their expertise where they best add value: in the higher level provision of grid services. This is a value proposition that will clearly grow over time. (DC Systems currently provides higher level tertiary controls at the farm today, a firm that just hired Ken Munson, formerly of Sunverge, as CEO.)

It was Stone Edge Farm’s inability to provide such grid services with excess energy generated at the farm that convinced Wooster to instead focus on hydrogen production for clean air vehicles. He was able to avoid wading through the red tape attached to trying to sell grid services to Pacific Gas and Electric or the California Independent System Operator. Wooster’s engineering company is now working on designs for six more microgrids in Sonoma County, all of which incorporate renewables-to-hydrogen as a key enabling storage medium for microgrids and a clean transportation fuel. The success of Stone Edge Farm has helped sire the creation of Repower Capital, an investment group that can plow $60 billion into clean energy systems such as microgrids. And this entity’s largest investor is none other than Siemens Financial.