The global electric power industry is evolving from a model that relies on large fossil-fired centralized power plants owned by utilities to one that is more diverse in sources of generation and ownership of generation assets. Price deceleration and regulatory and legislative incentives continue to encourage deployments for solar PV as renewable penetration increases. The recent investments in floating solar PV systems represents an attractive growth opportunity in the utility-scale solar PV market.

Floating solar PV (FPV) are buoyant solar arrays usually installed on dams and reservoirs to take advantage of existing grid connections. The power generated across an FPV site can be used to top up pumped hydro sites or even provide electricity to near-sited energy consumers, therefore saving on any grid interconnection costs. 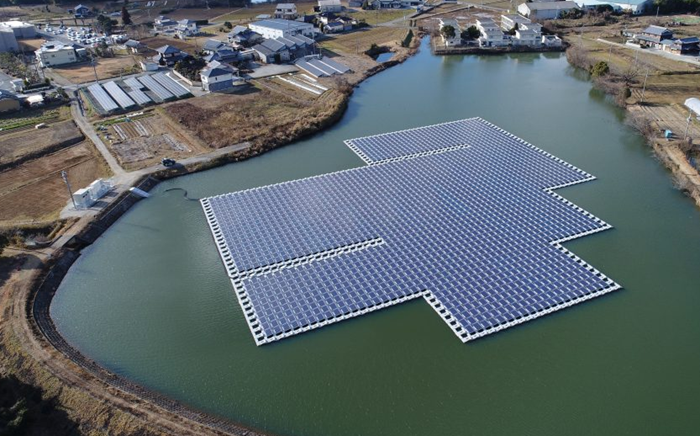 FPV Projects Around the World

Europe, specially the Netherlands and UK, has seen some of the earliest FPV projects. The UK FPV project was delivered by Lightsource BP on London’s Queen Elizabeth II reservoir for Thames Water. Installed at a capacity of 6.3 MW with 23,000 solar panels, the energy generated is used to help power the company’s water treatment facility, which provides clean drinking water to 10 million people. The company plans to make further investments in the solar market.

In Asia Pacific, Vedanta Resources Limited, a global diversified metals and mining company, recently announced plans of a floating solar plant to be completed in next 2–3 months in Rajasthan, India. This 1 MW solar plant will be on a dam and is expected to have an energy yield of 1,993 MWh a year. It is also expected to power 1,400 homes in the local area. Module manufacturer and rooftop solar and EPC solutions provider, Vikram Solar will be delivering the project for Hindustan Zinc Ltd, the Vedanta Group firm. In a country that is plagued by both land and water shortages, this project is expected to aid water conservation efforts by preventing evaporation and algae formation.

Africa is also on track to get its first ever utility-scale FPV project, courtesy of the Seychelles plan. The project is being implemented by the Government of Seychelles and the Public Utilities Corporation with the support of the African Legal Support Facility and the Clinton Foundation. It has an estimated capacity between 3.5 MW and 4 MW. The project is expected to be operational by 2020.

Despite this being a new technology, there are various projects across the globe that have moved beyond their pilot phases and are nearing commercialization. FPV sites are now being deployed globally with more than 200 sites either operational or under construction. The key benefits of FPVs are summarized as follows:

Japan: Solar Slowdown in Land of the Rising Sun

Renewable Plus Storage Is More Economical Than Gas Plants

Japan: Solar Slowdown in Land of the Rising Sun

Renewable Plus Storage Is More Economical Than Gas Plants