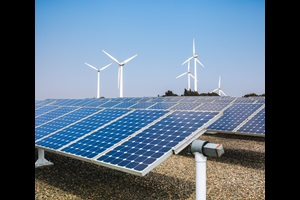 The Nevada Public Utilities Commission’s (PUC’s) recent decision to dramatically alter the net metering policy for rooftop solar customers has created an uproar and cast doubt on the state’s solar future. The fight began in December of last year when the PUC voted to not only increase the fixed charge to NV Energy customers who own rooftop solar from $12.75 per month to $38.51 per month in gradual increases over the next 4 years, but also decrease the credit solar that customers receive for the excess energy they send back to the grid from $0.091/kWh to $0.026/kWh. However, perhaps the most controversial part of the decision is its retroactive effect on nearly 18,000 existing rooftop solar customers. The new pricing took effect on January 1 of this year.

Regulators argue the new pricing scheme makes solar customers pay their fair share for use of NV Energy’s grid. But the new pricing could be a deal breaker for most solar customers. According to solar companies, the pricing changes could erase all the savings from going solar over the next couple of years. That prospect has spurred a group of solar customers to file a class action lawsuit against NV Energy, seeking payment for being misled into purchasing solar systems “that do not provide the promised rebates, discounts, and rates.”

Solar companies say the new pricing will effectively kill Nevada’s rooftop solar market. Several companies have already been forced to shut down operations in Nevada, including Sunrun, Vivint, and the largest solar installer in the United States, SolarCity. In fact, SolarCity has begun laying off 550 employees and closing the doors of a new training center. Due to this backlash, the PUC released a draft order saying it will reconsider “grandfathering” in existing solar customers to protect their investments, but there is no mention of reconsidering the net metering policy overall.

Despite the seemingly dismal future for rooftop solar in Nevada, existing solar customers still have options. Naturally, higher fixed charges and lower net metering tariffs can incentivize existing solar consumers to use as much of their self-generated power as possible, as opposed to selling the excess power back to the grid. This is where solar plus storage comes into play. Integrating solar panels and energy storage allows customers to generate energy during the day and store that energy to use at a time when the consumer would otherwise be paying a retail electricity rate. Products like the Tesla Powerwall can change the equation for customers, and many anticipate that these types of technologies will forever change the energy industry.

Instead of harshly fighting trends and upsetting customers, smart utilities and PUCs must find a balance and be more willing to embrace new technologies and the reality that customers now have more energy choices than before.

Demand Side Management Trends to Watch in 2020

Demand Side Management Trends to Watch in 2020