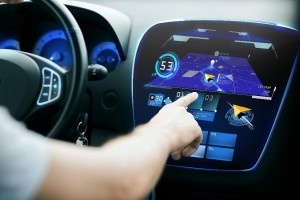 The smart parking industry continues to grow as an increasing number of cities struggle with traffic congestion and inadequate parking availability. However, there has been a notable shift in the market over the past few years. The early stages of smart parking projects were marked by several citywide, high profile deployments—such as those in Moscow (over 11,000 sensors deployed), San Francisco (over 11,000 sensors deployed), and Los Angeles (over 8,000 sensors deployed). Although these projects have demonstrated success in reducing congestion and parking search times, obtaining the necessary funding for similarly sized projects has proved challenging in some jurisdictions without government subsidies. The result has been a move toward a higher quantity of projects being developed (particularly in smaller cities), while the average project size has decreased.

Cardiff, the capital and largest city in Wales (about 350,000 inhabitants), is one of the latest examples of a smaller city deploying a modest-sized smart parking project. Working with Australia-based Smart Parking Ltd., Cardiff is deploying around 3,000 sensors (in on-street and off-street locations) for its smart parking solution, which is building off a successful pilot program in 2015 that covered 275 parking bays across the city. The solution includes variable message signage directing drivers to open parking spots throughout Cardiff and a smartphone app that provides real-time parking availability and guidance. Additionally, Smart Parking’s software program, SmartRep, collects data from the sensors to analyze how parking spaces are being used. This provides the Cardiff City Council with tools to develop improved day-to-day parking management and future parking policy and planning.

While a higher number of smaller projects has characterized the smart parking market over the last few years, new product and technology developments offer the potential to accelerate adoption in the industry. The trend toward more hybrid and integrated business models is increasing, with a focus on reducing expensive hardware and instead utilizing more software and data applications. Increasingly, smart parking systems are also expected to be integrated with broader smart city deployments such as smart street lighting and automated vehicle infrastructure. Additionally, improving sensor technology is resulting in sensors with extended battery life and increased accuracy. These trends point toward a growing market in the coming years, with the potential for an eventual resurgence in larger smart parking projects. Time will tell if the resurgence in larger citywide deployments will develop incrementally (through separate projects in multiple city neighborhoods) or through a return to large single deployments. Currently, Guidehouse Insights assesses the former scenario (incremental approach) to be more likely in the near term as cities target specific areas with particularly bad congestion.

The Future of Smart Parking Is Integration with Automated Technology

The Future of Smart Parking Is Integration with Automated Technology