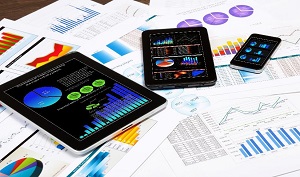 The Announcement Is a Change in Direction for SAP

SAP has historically maintained an arm’s length distance from meter data management (MDM), which is responsible for the collection, storage, and processing of smart meter data. I have always been puzzled by SAP’s approach. The company's IS-U product set is the undisputed leader in the utility billing software market, so its lack of enthusiasm for a complementary MDM system was surprising. A SAP MDM would allow for seamless integration from the communications headend system to the bill.

SAP has historically preferred a partnership strategy with various MDM vendors, working to ensure integration between its MDM systems and IS-U via its SAP AMI Integration for Utilities module. However, at its 2017 International Conference for Utilities, SAP announced SAP Meter Data Management by Siemens. Launching in 2Q 2017, the deal effectively makes SAP a reseller of Siemens’ EnergyIP MDM system. SAP and Siemens said they will align roadmaps to ensure the product evolves with utilities’ changing requirements.

There are numerous drivers for this strategy. First, there is a convincing commercial argument. SAP’s reticence came at a time where it had no database product in its portfolio. Fast forward 7 years and SAP is now heavily promoting its in-memory database, HANA. MDM running on HANA is a compelling proposition for SAP.

SAP and Siemens also share similar visions for their go-to-market strategies. Both companies see a future with greater IT/OT convergence, where cloud-based integration of data from multiple sources allows for access across an organization.

A Match Made in Heaven?

SAP’s dominance in IT makes it an attractive partner for Siemens. Conversely, Siemens’ strategy to expand the functional scope of its EnergyIP MDM aligns with SAP’s HANA Cloud Platform (HCP) vision. Siemens intends to develop a highly scalable platform that collects and stores time series data from multiple types of connected devices, including wind turbines, EVs, solar PV, submeters, and other Internet of Things (IoT) devices. SAP wants HCP to be the platform of choice for this type of data.

At launch, SAP Meter Data Management by Siemens will be an on-premise solution. Yet, the roadmap includes integration with SAP’s Cloud for Energy to make EnergyIP fully compatible with HANA and a cloud-based MDM solution.

The choice of Siemens as SAP’s MDM partner is a no brainer. There is enormous potential to add value by creating non-conflicting use cases for its products—and the potential to reduce costs and complexity for clients.

Midsize Australian utility Jemena has been working with SAP as a development partner for MDM in HCP, and it has been running a project since 2016. With limited funds and no internal data scientists, Jemena historically struggled to open up its smart meter data across its business. As a result, users exported data from its MDM system into Excel for analysis.

The company wants to become more customer-focused and needed a way to use existing company data to create new business cases. For example, Jemena lacked the tools for marketing to create customer segmentations from consumption profiles or for engineers to profile transformer loads.

Now Jemena’s advanced metering infrastructure (AMI) data is uploaded to HCP from its MDM, allowing access across its business. As a cloud-based model, it offered what Jemena called a very low cost of entry into the world of meter analytics. Eventually, Jemena wants to intake AMI data directly into HCP, where it will perform data validation.

Jemena’s use of HCP for MDM is separate from the SAP/Siemens announcement. However, it provides insight into MDM’s seemingly inexorable move to the cloud.