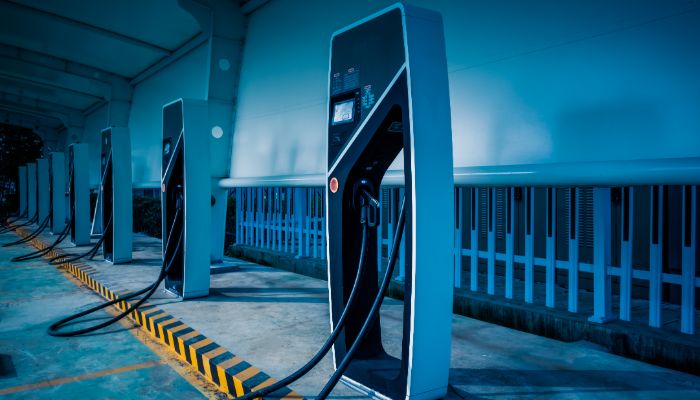 Over the past 15 years, I’ve been fortunate to drive many battery EVs (BEVs) and have witnessed truly impressive progress in performance, efficiency, and affordability. Despite that progress, charging remains a challenge for many potential buyers. Recently, I took a road trip in a BEV for the first time to get a feel for the current state of driving a BEV beyond the daily commute.

Up North in a BEV

I was heading to Traverse City, Michigan for a conference, and Ford Motor Company loaned me a 2021 Mustang Mach-E from its press fleet. To reduce the risk of being stranded by charging misadventures, I asked for a single motor, extended range model, which is rated at 300 miles of driving range. With just over 250 miles between my home and Traverse City, I was confident I could arrive without recharging. Despite the ample range and my confidence in the battery, I deliberately chose to make a stop on the way to replenish the battery so I could judge the charging experience. I set the navigation for the Electrify America (EA) fast charging station in Cadillac, Michigan, about 50 miles shy of my final destination. The Plug&Charge system, which automatically authenticates the account tied to the vehicle and begins charging, worked flawlessly—something that hasn’t always been true in the past. The DC fast charger also worked well, getting the battery from 24% to 80% charge in 33 minutes, reaching a peak of 150 kW. Beyond 80% charge, the Mach-E drops to just 10 kW-11 kW to protect the battery, so I unplugged and continued.

As with most public DC fast chargers, this station was located in the parking lot of a shopping center. In this case, the four EA chargers were located next to a bank of Tesla Superchargers, another common installation. Unfortunately, the chargers, which are typically about 4 to 6 feet tall, were not identified by any signage to make them more visible from a distance. On a Sunday with the lot mostly empty, it wasn’t hard to locate them. But I’ve had prior experiences where I’ve been driving around for 10 minutes or more trying to locate a charger. When your BEV battery is low, that can induce anxiety.

Several years ago, my friend Bob Gritzinger from WardsAuto made the same journey to Traverse City in a Chevrolet Bolt. DC fast chargers were rarer in 2017, and even Level 2 240 V chargers were uncommon in northern Michigan. With two out of order stations on the way, Bob barely made it to Traverse City. Even as recently as a few months ago, John Voelcker, former editor of Green Car Reports, encountered numerous out of order chargers.

In Traverse City, I charged 3 more times using chargers from Blink Charging and ChargePoint. Again, the only issue I had was actually locating the chargers. Aside from ensuring that chargers actually function, providing guidance to the precise location of a charger needs dramatic improvement. The ChargePoint app has some notes, but they aren’t visible while driving. Whether using built-in navigation in the vehicle or Google Maps, which include the addresses of charging stations, better guidance or onsite signage is needed to remove the stress from driving a BEV away from home.

The progress in the past few years has been impressive. During my trip, the Mach-E consumed about 185 kWh of electricity while driving just over 600 miles and charging 6 times at five locations. But if BEVs are going to become truly ubiquitous, charging away from home needs to be more plentiful, reliable, and far more visible than it is today.

By Sam Abuelsamid
Industry Insight May 14, 2021

By Sam Abuelsamid
Industry Insight May 14, 2021