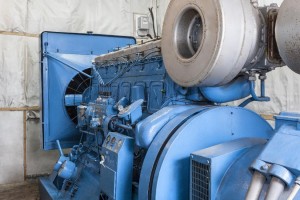 The focus of state programs designed to boost resilience have been microgrid and nanogrid projects on the East Coast launched in response to extreme weather events such as Hurricanes Irene and Sandy. Since 2011, a parade of states have launched state-funded programs: Connecticut; Maryland, Massachusetts; New Jersey; New York, Rhode Island, and Washington, D.C., among others. A quick glance at some statistics underscores why governments see value in public investments to improve the resilience of regional power grids.

Since 1980, the United States has sustained more than 144 weather disasters with damages reaching or exceeding $1 billion each. The total cost of these 144 events exceeds $1 trillion, according to the U.S. Department of Commerce. According to the president’s U.S. Council of Economic Advisers and the U.S. Department of Energy (DOE), severe weather-related electricity outages cost the U.S. economy more than $336 billion dollars between 2003 and 2012.

The perception that this resilience movement is an East Coast phenomenon is being challenged by a program launched in San Francisco. Rather than being focused on threats that can be anticipated via new weather forecasting techniques, the program is focused on a threat somewhat confined to the West Coast: earthquakes.

What would happen to the electricity and natural gas infrastructure of San Francisco if an earthquake equivalent to the 1906 event occurred today? A project developed by the City and County of San Francisco’s Department of the Environment looked into that question. Entitled the Solar+Storage for Resiliency project, the early results of modeling are quite sobering. While 96% of the city’s consumers could expect their electricity to be back online within 1 week, it would take as long as 6 months for the natural gas infrastructure to be fully operational. (To get back to full-scale provision of electricity would take 1 month.)

Reports from Connecticut showed that natural gas continued to flow through extreme weather, hence its focus on fuel cells and fossil fuel generation as the cornerstone of its efforts toward resilience. San Francisco is taking a different approach, focusing instead on distributed solar PV linked to advanced batteries while incorporating existing diesel generators into the solution mix.

After an extensive and interactive mapping exercise located critical facilities throughout San Francisco, sites were analyzed for available rooftop space for solar PV and the logistics of installing batteries. Projects that could be installed under existing regulatory restrictions were also prioritized. The end result is roughly a dozen projects scattered throughout the city that would offer resilience in the most sustainable manner possible using current technology. So far, funding for initial groundwork for this microgrid portfolio has come from a $1.2 million grant from the U.S. DOE’s SunShot initiative.

Though a common perception is that diesel generation is the most reliable backup power supply, reports from the field beg to differ, as failure rates can be extremely high. The vulnerability of San Francisco’s natural gas infrastructure also required a different approach. Given recent advances in smart inverters capable of safe islanding and the declining costs of energy storage, it appears that the San Francisco approach is not only uniquely qualified to address the unpredictability of earthquakes—but also represents a more sustainable and climate-friendly approach to community resilience.

So far, vendors such as SMA, Tesla, and Saft have been involved in the modeling of these systems to be installed in the coming years. While a program with the noble goal of emergency response, the community resilience microgrid market also represents an economic opportunity. Under a base scenario, the market is projected to reach $1.4 billion globally by 2024.