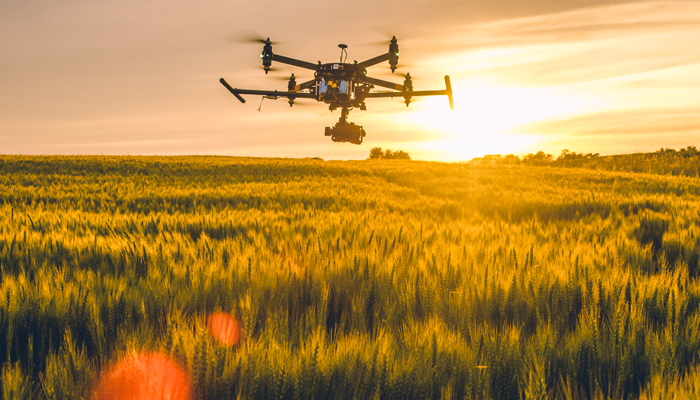 The best analytics can’t fix poor data. Building and maintaining complete, high quality, and up-to-date datasets is a challenge for all industries, and for some, that challenge may soon be solved by unmanned aerial vehicles (UAVs) or drones.

Linear infrastructure such as pipelines, highways, railways, electrical transmission and distribution networks, and other geographically distributed assets poses challenges for conventional means of data collection. Static sensors built into the infrastructure entail significant upfront investment and ongoing maintenance in addition to having their own connectivity requirements. Manual inspection and data capture is slow and expensive, and inspecting assets above ground level such as transmission towers, bridges, and windmills presents additional risks to workers. Satellite imaging currently monitors some types of linear infrastructure. However, it comes with mediocre resolution and potentially weeks-long lead times because imaging must often wait for a satellite to pass over the area of interest during favorable visibility conditions. Building high fidelity digital twins of geographically distributed physical assets depends in part on high resolution optical imaging, and aerial imagery offers inherent advantages over satellite imagery.

Until recently, the Federal Aviation Administration (FAA) and similar organizations in other countries required that UAV pilots maintain a visual line of sight (VLOS) with the aircraft. Coupled with the 400-foot ceiling on unrestricted airspace, the VLOS requirement has limited the effective range of commercial UAVs to a couple of miles in almost all cases. But that is starting to change since the FAA substantially relaxed the restrictions on remote pilots earlier in 2021. Among other changes, the new regulations relax the prohibition on piloting UAVs over people or moving vehicles, provided that the aircraft does not linger over either.

Around the same time, the FAA also made its first approval of a UAV platform that can be operated without a pilot or anyone within VLOS. This lowers the barrier to aerial imagery and inspection operations that might otherwise be limited by the need to avoid passing over roadways and populated public spaces. Other regulatory bodies have similarly relaxed limitations on remote piloting of UAVs. Guidehouse Insights expects regulators to continue relaxing restrictions on remote piloting, opening the door to numerous use cases including frequent, inexpensive, and on-demand aerial imagery services.

Aerial imagery is hardly a new technology, but beyond VLOS drones open up use cases that were not economically viable with older approaches. Fixed-wing UAVs can be built and operated for a fraction of the cost of manned systems largely because they do not need a pilot.

Efficiency gains make electric propulsion feasible for short- to mid-range aviation, further increasing sustainability and cost savings. These advantages yield lightweight electric aircraft with ranges exceeding 100 miles that can be purchased for under $2,000—less than one-tenth the going rate for secondhand manned aircraft. A handful of centrally-located pilots can service a vast network of UAVs for inspecting geographically distributed assets. A fixed-wing drone equipped with thermal and visible light sensors can inspect miles of pipeline or transmission power lines for a fraction of the cost of such inspections with manned aircraft. Scheduled inspections can allow clients to maintain asset awareness that is more detailed, more current, and less costly.

Guidehouse Insights expects the progressively relaxing regulatory environment and increasing adoption of data-intensive analytics by industries with distributed and linear assets to drive expansion of commercial drone networks for asset inspection. A UAV network can boast less weather dependence, higher resolution imaging, and faster revisit times than satellite imaging, simplifying the adoption of timely advanced analytics for industries that might otherwise be priced out of the digitalization revolution.

By Sagie Evbenata
Industry Insight May 22, 2018

By Sagie Evbenata
Industry Insight May 22, 2018