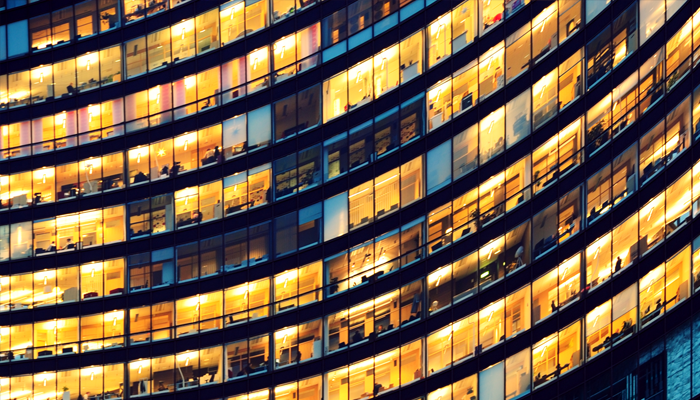 Commercial office space owners and managers need to get used to a new code, the 3-2-2. This is not a US area code. Instead it is the latest concept in how office workers are slowly getting back to work in a post-pandemic world: 3 days in the office, 2 days remote, and 2 days off.

The idea behind 3-2-2 has merit and fits the moment as millions of people shift from a steady routine of working from home to some blend of work from home and work at the office. The idea gained attention at the end of 2020 when Ashley Whillans, a Harvard Business School professor, was quoted in a LinkedIn piece about big ideas for 2021. “Employees will demand greater flexibility and organizations will require it,” Whillans said. “What this flexibility will look like will vary depending on the sector and geographic location. But, hopefully, if we do this right, gridlock morning commutes will be a thing of the past.” Who would oppose less gridlock during morning commutes?

What 3-2-2 Means for Commercial Real Estate

For commercial real estate stakeholders, the implications are twofold. On the one hand, the industry has to swallow an estimated 2% decrease in overall demand for office space, according to analysis by CBRE. On the other hand, the quality of the space will become more important as returning workers expect upgraded offices, as Kenny Kane, COO of Firmspace, points out in a recent Forbes post. And make no mistake, workers are ready to return. Nearly nine out of 10 office workers (85%) are looking forward to returning to the office in some capacity, according to an Eden Workplace survey released in early March.

Citigroup is planning a hybrid workforce in the post-pandemic era. Most Citi staffers are expected to be in the office 3 days a week, says new CEO Jane Fraser. Final details have yet to be made, and it is unclear which roles would be hybrid. Some jobs will still require in-person attendance and only a few employees will change to full-time remote.

Preparing for the Big Return

Other leading companies are already preparing for the big return to the office, albeit with different ground rules. For example, Google has announced plans to invest more than $7 billion in new offices and data centers this year as part of its post-pandemic operations strategy. The money will go toward projects across 19 states and is expected to create at least 10,000 jobs. Similarly, Microsoft is easing workers back to its offices, announcing recently it will soon start letting employees back into its Redmond, Washington, headquarters and noting how the future of work is evolving into a hybridized model.

Whether 3-2-2 becomes the new hybrid model or other work-week variations emerge, the future of office buildings has been altered significantly. As noted in a previous blog post, the future of how we use buildings is flexible. We are not going back to the 5-2 anytime soon, if ever.