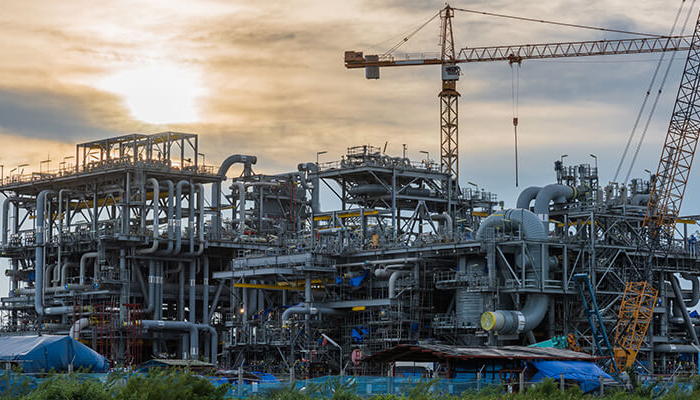 In December 2019, Scaled Robotics unveiled its robot at a TechCrunch event in Berlin. The unveiling highlighted how the machine can maneuver autonomously around a chaotic construction site using a 360-degree camera, a custom lidar system, and object-recognition software. The robot’s mission was to track the progress of a project, cataloging details of what has been done and where equipment and materials are located, and comparing the data to a computer-aided design model of the building. The robot’s precision level is impressive, reportedly able to detect if a beam is off by 1-2 centimeters.

The robot is designed for practical use, and not just to get management buy-in. Says Scaled Robotics cofounder Bharath Sankaran, “You need the guy who’s going to use it every day to buy in. So, we’ve made a conscious effort to fit seamlessly into what they do, and they love that aspect of it…You don’t need a computer scientist in the room. Issues get flagged in the morning, and that’s a coffee conversation—here’s the problem, bam, let’s go take a look at it.” The company’s robot was the winner of a startup competition at the event, receiving a $50,000 check. To date, Barcelona-based Scaled Robotics has raised approximately $1 million in seed funding. 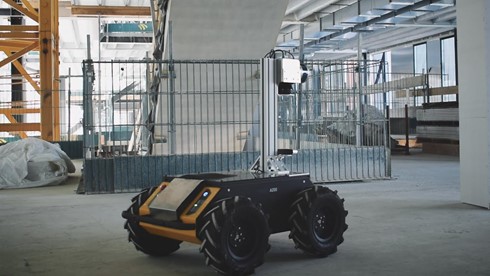 Similarly, Dusty Robotics has developed a robot to help construction crews work more efficiently in an effort to producebuildings faster, safer, and with higher quality. The Mountain View, California-based company aims to alter the commercial construction industry’s status quo, which it says is one of the least automated. The company’s robot, called FieldPrinter, prints layout plans directly onto the floors of job sites so crews know exactly where to build walls and other fixtures. For instance, Mortenson, a nationwide builder, developer, and engineering services firm, is testing the FieldPrinter robot as part of the $1.9 billion NFL Allegiant Stadium project in Las Vegas, Nevada. Dusty Robotics announced a $5 million seed funding round in mid-December 2019.

Some might bristle at the notion of robots operating in the process of building new commercial buildings or amid major retrofit projects. But robots are already common in automobile manufacturing, and they are slowly emerging in the retail sector. Construction industry stakeholders can expect similar disruption from robots as well, though it will not happen overnight. Nonetheless, it won’t be long until hard hats slog through building projects beside WALL-E-like partners.

What It Will Take to Make Healthy Buildings a Business Priority

What It Will Take to Make Healthy Buildings a Business Priority