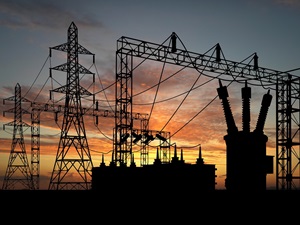 Electricity prices have been on a surge across the Big Six of UK’s energy suppliers due to steady increases in the cost of wholesale energy and government policy. Switching service providers is a common practice among domestic consumers—it saves hundreds of pounds in annual bills. However, recent increases in the number of errors has restricted customers from choosing new suppliers. Customers are hesitant to switch suppliers, as they become increasingly concerned about administrative hassles and financial errors.

Why Did Ofgem Make This Change?

According to Ofgem’s new proposal, electricity suppliers will now have to automatically transfer £30 ($39.22) in compensation for each erroneous switching. This will be applicable on switching delays of more than 21 days, erroneous transfers, incorrect switching, delay in processing refunds, and final settlements. While some believe that this will eventually reduce the number of switches that could go wrong, Ofgem hopes to overhaul industry systems and help customers to switch within a day. The rule will come into effect by the end of 2018 and is likely to boost consumer confidence while sending out clear mandates that customer service should be at the heart of domestic energy supply.

The number of electricity suppliers in the UK has increased by a factor of three—from 27 to 66—between 2014 and 2016. This sudden rise in the number of suppliers has led to price wars and poor customer service as suppliers rush to cut operational costs. Despite increased competition, which should drive better customer service, the sudden rise in suppliers has led to price wars. Dramatic price decreases are eventually leading suppliers to go out of business. These closures are leaving 160,000 customers stranded with high gas and electricity bills, and customers are eventually being transferred to deemed contracts or are having to take up new contracts with unattractive service packages. In one instance, a supplier was banned from taking on new customers because of its poor customer service.

Ofgem has initiated actions to protect customer interest and improve financial stability across electricity suppliers. Along with making switching easier, the policy aims to restrict market entry for new suppliers by tightening checks and reviewing its supplier licensing regime. This strategy is aimed to not only include supply side requirements but also streamline operations and monitor activities across electricity suppliers.