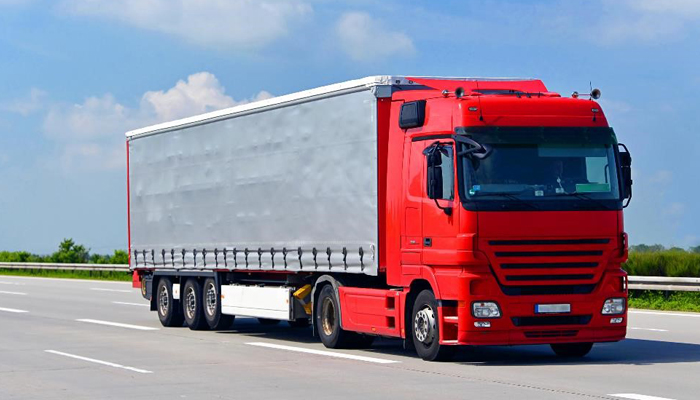 Nikola Motor Company, based in Salt Lake City, Utah, is planning to bring a hydrogen-powered semi-trailer truck to the European market. Called the Nikola Tre, the truck will have between 500 HP and 1,000 HP and a driving range of 500 km to 1,200 km (310 miles-745 miles). It will be on display for the first time at the Nikola World event in Phoenix, Arizona, come Apriland is the third vehicle in the company’s lineup (along with the Nikola One and Nikola Two). The company has quite the portfolio, but deployments are not expected soon. Among a growing field of startups and established automakers making alternative fuel vehicles for the semitruck market, Nikola is the only one seriously banking on fuel cells.

The alternative fuels semitruck market is continuing to expand, with companies like Thor, Tesla, and Scania all working to bring models to production. Scania announced that the company will bring a plug-in hybrid electric semitruck to the market in 2019. Also coming to market in 2019 are the Thor and Tesla all-electric semitrucks, if all goes to plan. The difficultly of advancing the alternative fuels semitruck market lies in the infrastructure challenge; presently, no current solution exists for refueling electric or fuel cell vehicles (although few show potential).

Nikola currently holds an infrastructure advantage over the companies looking to deploy electric long-haul trucks because hydrogen fueling infrastructure does exist. However, the system has not yet been deployed. Nikola is working to build a network of hydrogen fueling stations in the US and likely in Europe, but they have not yet been deployed. Tesla has deployed a cross-country infrastructure network before with its Supercharger network. The endeavor paid significant dividends for Tesla, but the same success is not guaranteed for Nikola; a hydrogen refueling network must be carefully planned and conveniently located for customer use.

A Bumpy Road Ahead

Only with an infrastructure network in place can the company bring a compelling offering to market. Given that the infrastructure network in Europe has not been announced, bringing the Nikola vehicles into production before the early-to-mid 2020s is unlikely. The economics largely depend on the state of diesel prices. Europe has high fuel prices that are only expected to continue rising, as evidenced by the Paris riots. Thus, Europe presents an opportunity for a non-diesel long-haul vehicle like the Nikola Tre, so long as refueling infrastructure is readily available.

There are also challenges to bringing a hydrogen fuel cell semitruck to market beyond building infrastructure. Competing alternative powertrains like liquefied natural gas (LNG) are cheaper to purchase for long-haul trucking and the LNG infrastructure networks are in more advanced stages than current hydrogen networks. Electricity presents a viable competing alternative as well, since electricity as a fuel is cheaper to purchase and all-electric long-haul trucks will be coming to market in the 2020s.

To succeed, Nikola must create its own market—building both the vehicle and the infrastructure solution. However, as the alternative fuels market continues to become increasingly competitive, doing so will be a difficult prospect for the company. What Nikola is trying to do is quite difficult, especially in European markets, and as competitors bring other solutions to market the company's window to make their business model work is closing. Nikola will need to consider costs, oil prices, and future carbon pricing schemes, and it will need to be quick to market to be successful. The company has gone all in on fuel cell vehicles, and with competitive alternative coming to market, it could all be for naught.

By Sam Abuelsamid
Industry Insight May 19, 2016

By Sam Abuelsamid
Industry Insight May 19, 2016