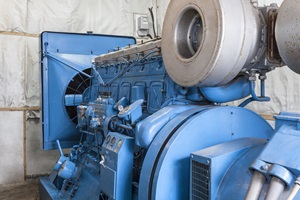 I tried to help develop a microgrid in the small rural community of Point Reyes Station back in 2008. I was an independent writer and community organizer at the time, and Marin County was set to launch California’s first community choice aggregation (CCA) program, which empowered local governments to contract for power supplies while the incumbent investor-owned utility still maintained the poles and wires as well as billing.

Due to some last-minute hang-ups, the project—which would have incorporated existing solar, wind, and biogas power generation—was not funded. A study I conducted also concluded that the CCA market structure alone could not support a full microgrid implementation since it did not have the authority to manage the power grid itself, enabling safe islanding and requiring an interconnection agreement. As I reported in the San Francisco Chronicle, a small solar PV and battery nanogrid was installed at the site—a community center—but it was quite primitive and not rolled into the CCA, which now goes by the moniker of Marin Clean Energy.

Back to the Present

Flash forward to 2016. Westchester County in New York is moving forward with a unique CCA program that breaks new ground on several fronts, including an attempt to create a community-based energy program incorporating several features beyond the typical CCA menu of wholesale power purchases and local distributed generation (DG):

If we zero in on microgrids, there may be some hope for a tighter linkage between a CCA and microgrids, thanks to Westchester County. For one, New York is a “home rule” state, which means local governments—some of which date back to the 17 century—have more clout and legal authority than in other states. (Though California is also a home rule state, the concept is much more entrenched culturally in New York.) For two, New York’s Reforming the Energy Vision process is opening up new business models that align with both DR and microgrids. For three, Westchester County is situated in a major congestion zone, since it sits between the giant loads of the Big Apple and wholesale power supplies located in upstate New York. The integration of both more aggregated DG and DR make inherent sense from a systems planning perspective.

“Our vision is for Sustainable Westchester to become a municipal service aggregator entity for a wide range of DER [distributed energy resources] services, including microgrids,” said Glenn Weinberg, director of smart community choice programs for Joule Assets. “We see the need for a centralized entity to manage these microgrids on a regional basis, as many may require services whose procurement could benefit from economies of scale.” The first important step for the CCA is a Request For Proposals for power suppliers, which the program has just released.